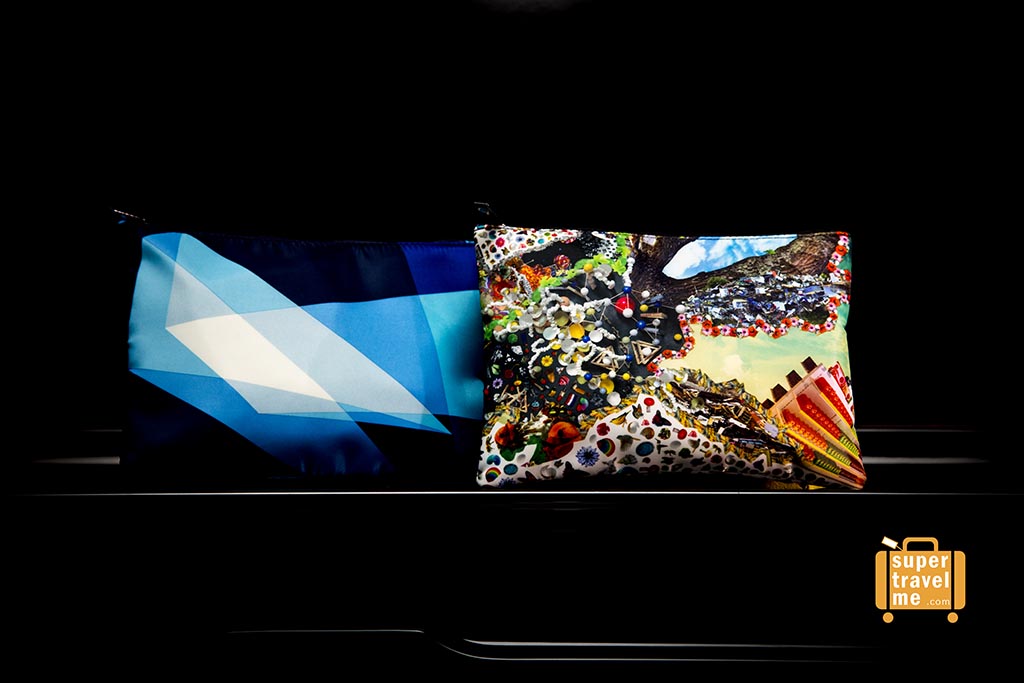 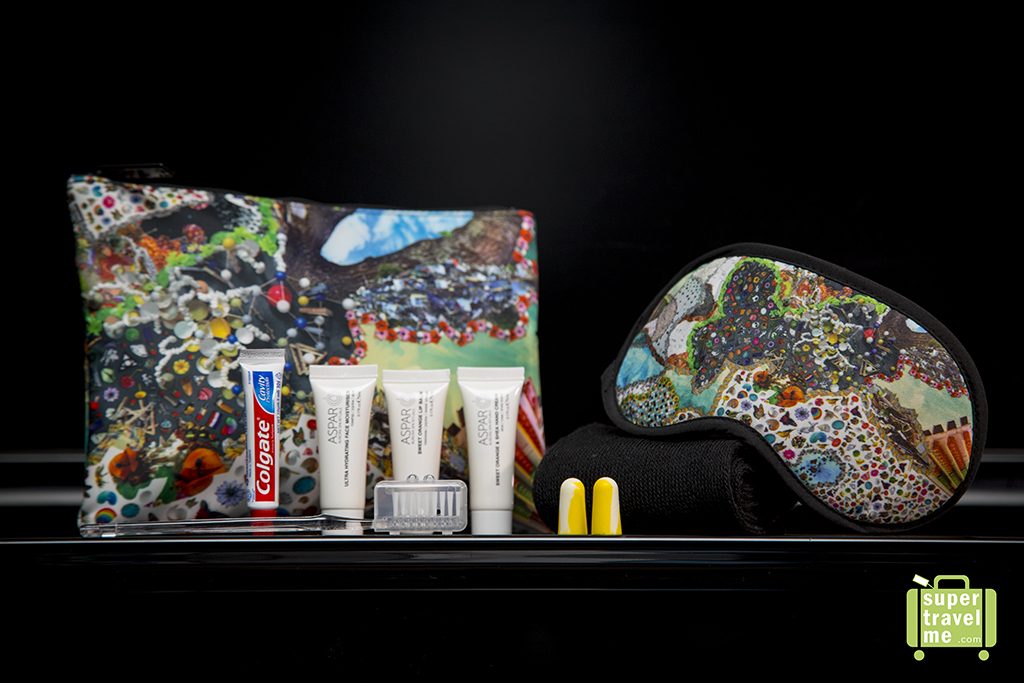 Qantas has taken on the social responsibility as Australia’s national airline to grow awareness of contemporary Australian art while allowing travellers to take home a collectable piece of its latest Qantas Curates amenity kits. These new international business class amenity kits were launched from 1 May this year replacing the previously refreshed Kate Spade and Jack Spade amenity kits for female and male passengers respectively. The new kits have been developed together with 16 Australian artists, photographers and digital influencers including:

The eight types of kits for men and eight others for women will be offered to Business Class customers in international flights with two designs launching every few months. Each kit bears a Qantas Curates label with the name of the artist as well as an artist profile inside. Because these kits are functional, many travellers use them after their flight as make-up bags, evening clutch or to carry the mobile phones, portable charger and charging cables.

Each of the kits contains ASPAR products by Aurora Spa including 5ml portions of Sweet Orange and Shea Hand Cream, Ultra Hydrating Face Moisturiser and Sweet Orange Lip Balm. Travellers can also purchase the products from aspar.com.au and receive the product of the lesser value and delivery within Australia for free when they spend S$50 of more with the promotional code Qantas. Other contents include a wrap-around eye mask in the same artwork as the kit, a Colgate toothpaste, toothbrush, earplugs and travel socks.

We got our hands on the first two kits. Bubblegum Dystopia by Jacob Leary (pictured above) focuses on the idea of non-linearity the picture space attempts to explore the layered complexities that define contemporary modes of experience. This kit is given to women travellers. The piece extends Hobart-based artist Jacob Leary’s interests into the nature of organisation. The award winning artist won the 2012 John Fries Memorial Plaza, a national award for emerging visual artists, the same year he completed a Masters of Fine Arts at the Hobart School of Art. 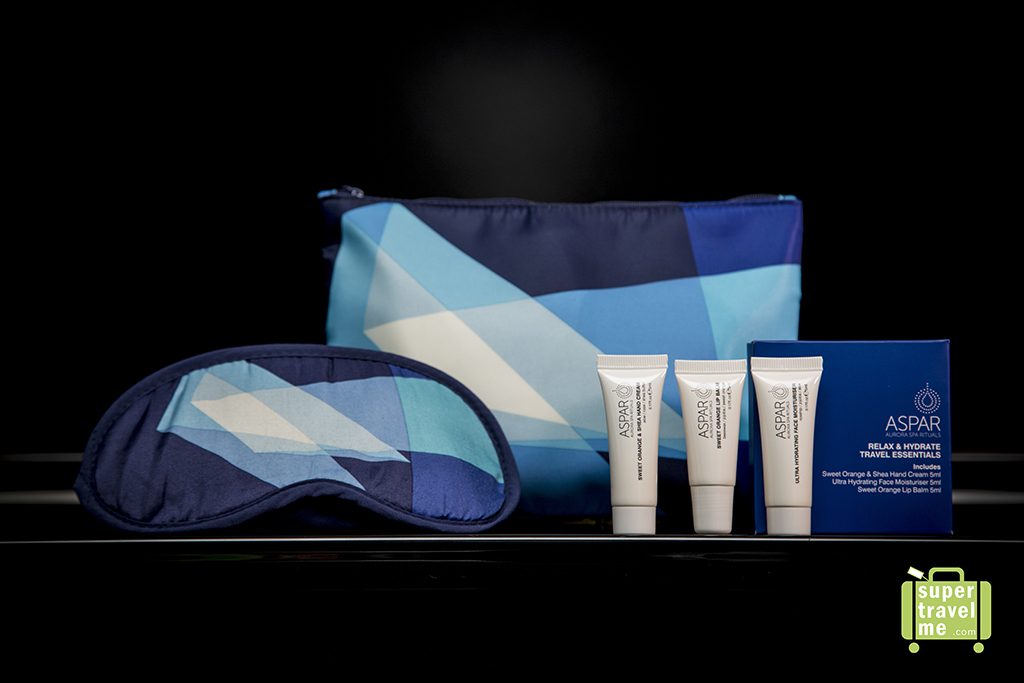 The men get the Liam Snootle’s No Queen Blues/Unwind edition of the kit (pictured above).  Liam is a Melbourne based artist with a background in street art. He is known for his geometric forms and meticulous line work. His recent works on canvas have been exhibited both domestically and internationally. Liam invites the recipient of the amenity kit with his design to experience something new, yet comfortingly recognisable.

Also check out our video review of the Qantas Singapore Lounge and Qantas flight from Singapore to Sydney in Business Class for Vivid Sydney in June 2016.

Our first post for 2016 is a video of our editor Adrian in some of the airline’s first or business class lounge wear (pyjamas). Lounge wear are usually given to passengers on long haul flights especially red eye flights in business class for some airlines and all first class passengers. Do you have any favourites? Video filmed in the Coco Chanel room at @NaumiHotels @cathaypacific @singaporeair @etihadairways #airindiain @qatarairways @qantas @thaiairways #flying #pyjamas #pajamas #firstclass #businessclass #loungewear #luxe #luxury #jetsetter #wanderlust #travelling #travel #PaxEx #airline #passenger #inflight #lifewelltravelled #stopmotion