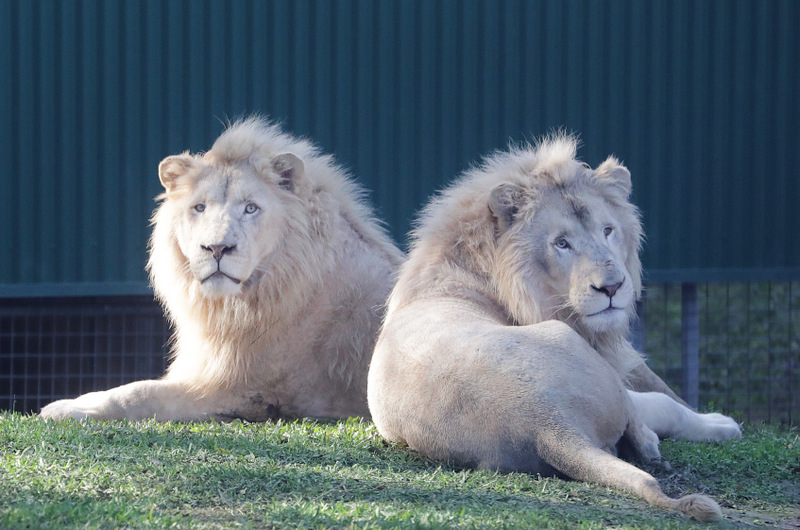 Dreamworld Gold Coast welcomes Holden and Kimba, two-and-a-half-year-old male African white lions from Altina Wildlife Park in New South Wales,  for two weeks. These white lions will be at the theme part from 27 June to 13 July 2017.

These two brothers are part of a handful of white lions in captivity around the world. The Lair at Tiger Island will be transformed into sub-Saharan territory for the two African Lions, teaming with African ambience and modelled on Timbavati Lodge nestled in the world-famous Kruger National Park.

Come face to face with these apex predators while observing their natural behaviour from the other side of the triple laminated toughened glass. The African Lion is listed as vulnerable with numbers in the wild decreasing due to poaching and loss of habitat.