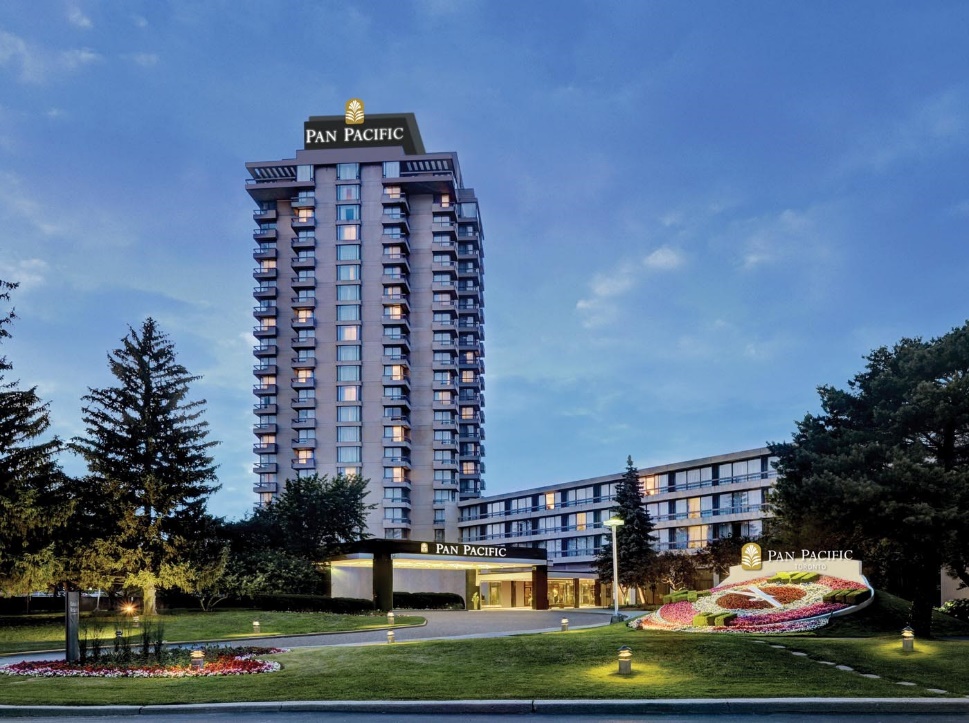 The Pan Pacific Toronto, located in North East Toronto, has a heritage of 45 years within the city. With 15 acres of parkland, the hotel has undergone a CAD15 million renovation this year giving it a refreshed look with renovated guestrooms and public areas.

There are 409 well-appointed guest rooms and suites, with many overlooking the lush greenery surrounding the hotel and cityscape beyond.

There are also 30,000 sq ft of versatile meeting spaces including 18 meeting rooms and a ballroom which can accommodate 700 guests.

Other relaxation amenities include an outdoor heated pool, walking paths, a tennis court and a fitness centre with a whirlpool.