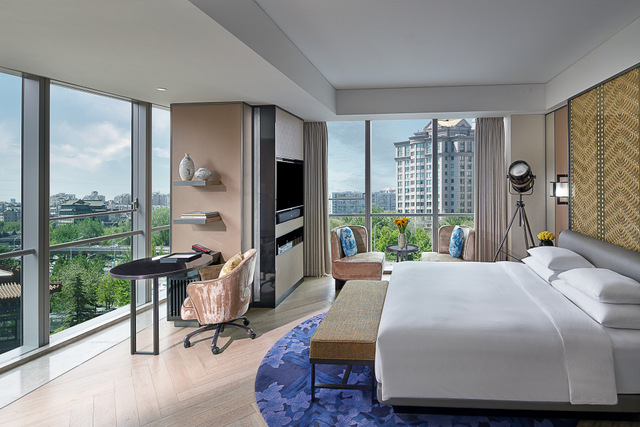 Accor has opened its 1,100th hotel in Asia Pacific with the launch of the Sofitel Beijing Central. This is equivalent to 210,000 rooms in the group’s network in Asia Pacific.

Six months ago, Accor celebrated the opening of Pullman Tokyo Tamachi, its 1,000th hotel. It is expanding rapidly in Asia with the region now representing 50% of global growth.

Accor is the largest and most geographically diverse hotel group in Asia Pacific with 38 brands within its portfolio. It is heavily focused on further expansion in the luxury and lifestyle sectors. Accor has the largest pipeline in this region with the opening of 128 hotels in the region last year. A new hotel opens every 36 hours globally and in Asia Pacific, that is a new hotel in every three days.

2019 marks the 55th anniversary of Sino-French relations and coincides with the 55th anniversary of the Sofitel brand. We are excited to launch a new Sofitel in China’s capital against the backdrop of these two significant occasions. France is one of the most popular outbound destinations for Chinese travellers and as an ambassador of French culture, Sofitel enjoys tremendous opportunities as a preferred brand for luxury travellers.

Sofitel Beijing Central is located in Beijing’s civic and diplomatic area, moments from Jianguomen subway station. National landmarks such as Tiananmen Square, the Forbidden City, the National Museum of China and the National Grand Theatre are within reach of the hotel.

This new Sofitel features 345 spacious rooms and suites, with Sofitel Club floors providing circular bathtubs and access to the brand new Club Millésime Lounge that will launch later this year. The food and beverage offering here include an all-day dining restaurant attached to an outdoor garden focuses on western and international cuisine with a French twist; a Chinese Restaurant; and a lobby lounge where guests can enjoy afternoon tea and evening cocktails. Over 1,500 square metres of event space with nine flexible meeting rooms for up to 400 delegates are available for events. For relaxation, there is a day spa, fitness centre and indoor pool.