Destination Melbourne: Why You Should Stay at Novotel Melbourne on Collins 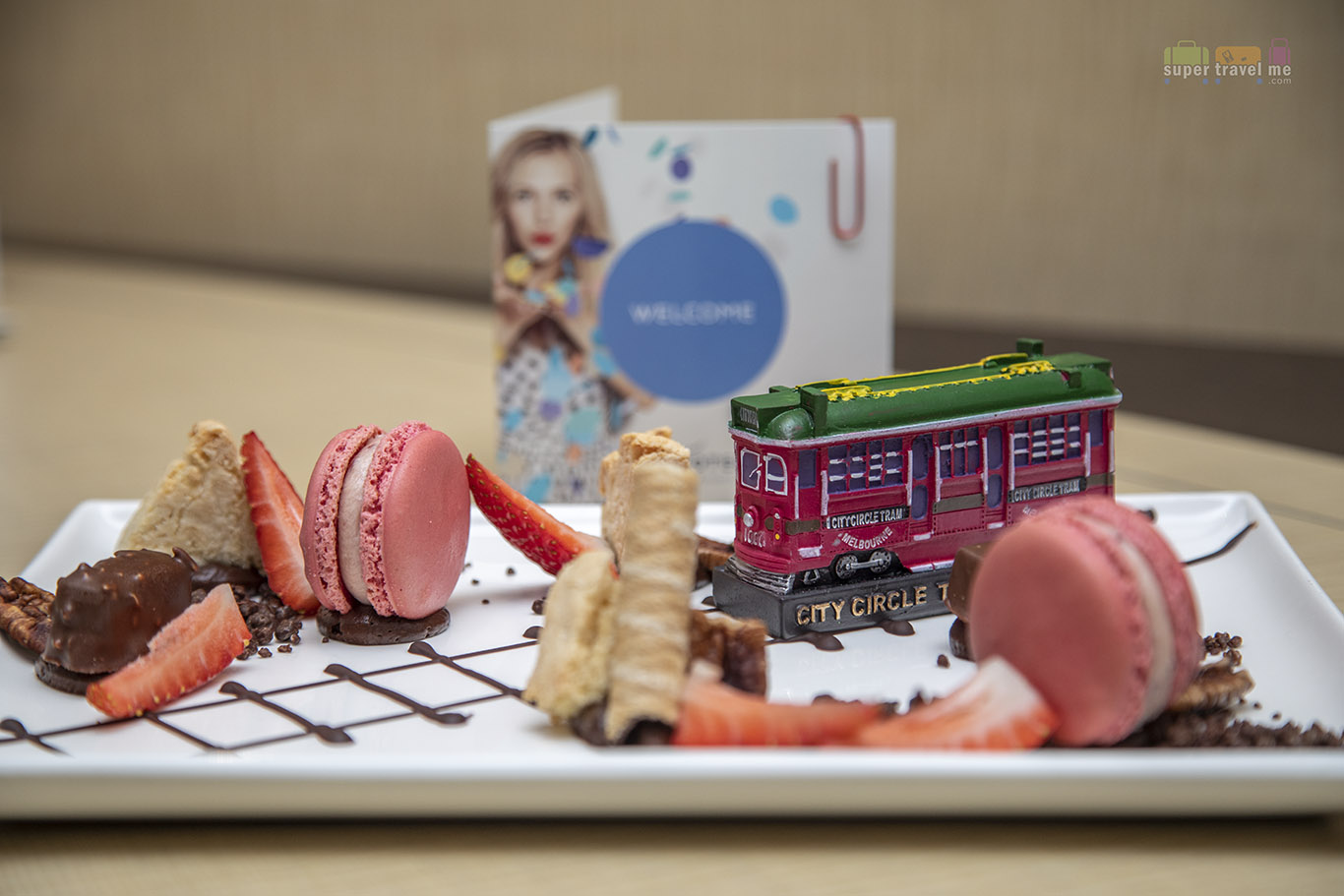 In 2017, I stopped over at Melbourne on my way back home after spending a couple of days enjoying Uluru’s Ayers Rock. My first visit here was a short one too. Staying for two nights with one full day to explore the city, I was fortunate to stay at the Novotel Melbourne at Collins which is conveniently located in the heart of Melbourne. It was a walking trip. The only time I took a cab was from and to the airport.

The hotel is located above the upscale St. Collin’s Lane and amongst retail and dining establishments. It is also walking distance to Flinders Street Station & Federation Square, Chinatown as well as laneways and Melbourne’s popular street art. It’s the location of this hotel that I really love.

The Junior Suite at Novotel Melbourne on Collins is equipped with a king bed, a double sofa bed and modern ensuite bathroom with spacious walk-in shower. Help yourself to the in-room Nespresso coffee and enjoy music from an iPod/iPad docking station.

Facilities here include a fitness centre with an indoor pool, a cafe & bar and a restaurant. I didn’t have time to enjoy the facilities since I stayed here for only a night in 2017.

Melbourne is famous for the city’s beautiful street art. Soak in the colourful ambience of stencils, murals, tags and paste-ups at Blender Lane. Other artistic laneways include Duckboard Place which is covered in street art and gig posters. If you have time, explore the 4m wide Caledonian Lane, ACDC lane, Cocker Alley, Rutledge Lane, Union Lane, Croft Alley (in the centre of Chinatown) and Hosier Lane (opposite Federation Square).

Federation Square is Melbourne’s arts, culture and public event venue with an area of 3.2 hectares at the intersection of Flinders Street and Swanston Street. It is also the meeting point of Walking Tours which is a great way to see the city and have a taste of what Melbourne has to offer. Drop by the Melbourne Visitor Centre here and get hold of a map or information to make your trip a memorable one.

The Flinders Street Railway Station Melbourne metropolitan network’s busiest railway station in Australia. The main station building was completed in 1909 and today is a cultural icon of the city. A row of clocks above the main entrance makes it easy to spot this building.

Visiting Chinatown overseas is always intriguing. Easy to identify, any Chinatown around the world must always have a gate made up of that signature rooftop that is synonymous of Chinese architecture. Chinatown Melbourne is no different. You can visit the Chinese Museum at Cohen Place. The five levels feature a Dragon Gallery, Finding Gold experience and a re-telling of Australia’s Chinese history. Catch a performance at Her Majesty’s Theatre.

I stumbled into the Chinatown Cinema in MidCity Arcade at Bourke Street. That piqued my interest. What movies were they screening here and what other hidden gems would I discover in here. There was quite a selection of Chinese films here, many of which I wasn’t aware of too. MidCity houses over 30 retail shops.

But the hidden gem was the military book store that took up what used to be a theatre at the basement. The store owner told us that they were not going to be there for long. So we assume it is now something else. The selection of military books here is any military fanatic’s dream come true.

Having been away in Australia for a couple of weeks before arriving in Melbourne, I was already craving for Asian food. I heard reviews of the city’s Vietnamese Rice Noodles so I had to go visit one satisfy a craving. Pho Bo Ga Mekong Vietnam at Swanston Street was filled with diners when I stepped in at 4 pm. The pho menu has a selection of 20 different types to choose from and priced at A$14 for a large serving. I had the Beef Special which contained traditional rice noodle served with beef, brisket, beef balls, tendon, tripe, sausage and bone marrow with fresh bean sprouts and herbs. I also ordered spring rolls and fried tofu to share.