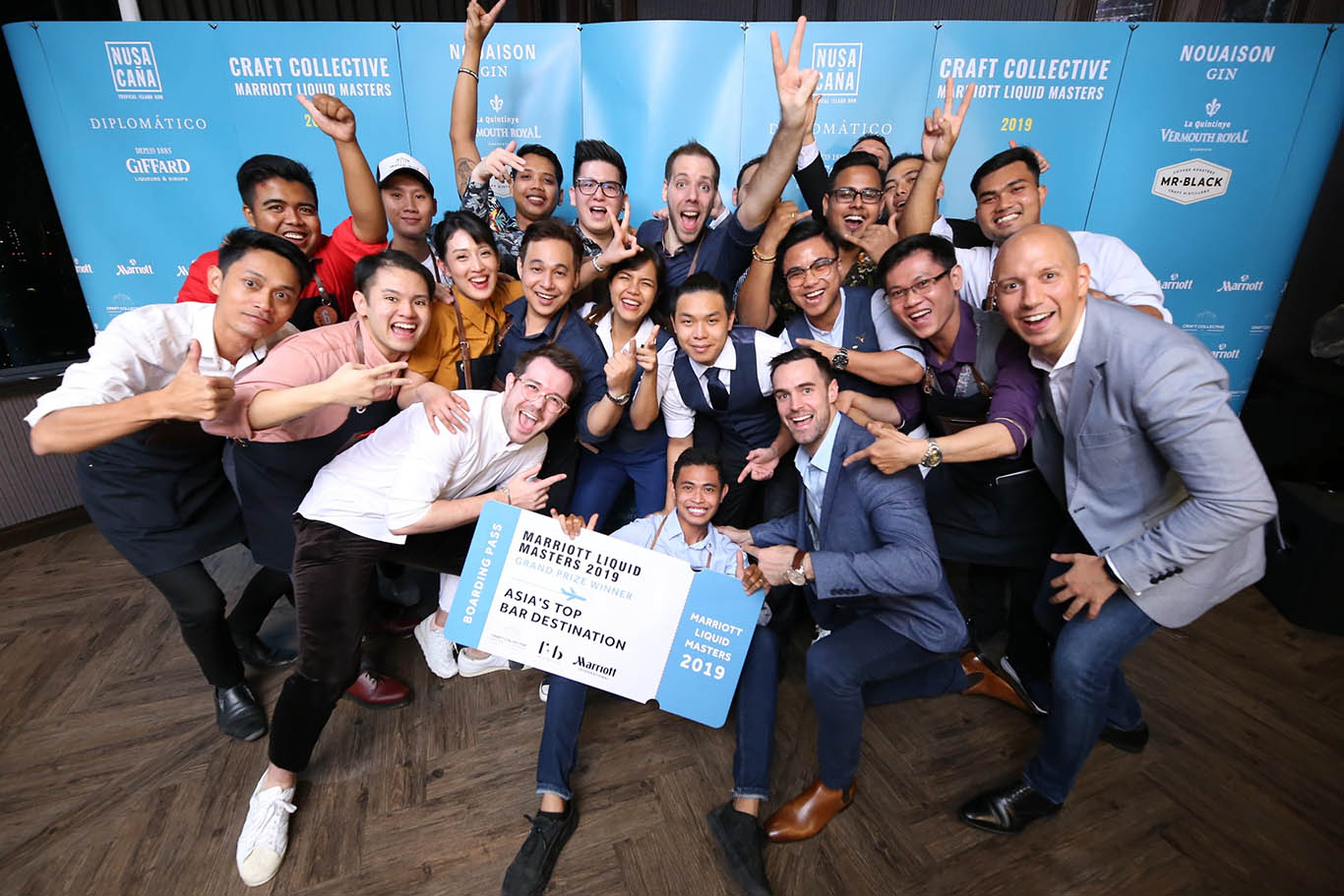 Thailand saw the most representation with four from Bangkok including two from Bangkok Marriott Marquis Queen’s Park the host hotel, and one from Chiang Mai, Chiang Rai and Phuket. From Indonesia, were bartenders from Bali properties including Renaissance Uluwatu Resort & Spa, W Bali – Seminyak, Sthala a Tribute Portfolio Hotel in Ubud Bali and The St. Regis Bali.

A daily winner was selected each day which concluded with an immersive curated bar crawl across some of Bangkok’s top cocktail bars. Participants got to discover different styles and techniques of their craft with their colleagues and friends. Melvern Nathaniel from W Bali was the day two winner where he and David Rios, the brand ambassador for Nouiason Gin had a guest shift at Vesper Cocktail Bar.

The bartenders were challenged to craft a new signature cocktail using the premium ingredients with the theme of innovation and sustainability at the final showdown on day three. Each cocktail had a story and name to it.

22-year-old Giri Asta from The St Regis Bali accumulated the most points at the end of the three days winning him the title of Marriott International Liquid Masters Champion 2019. He won a customised bar tool kit worth US$600 and a surprise grand prize of an all-expense paid trip to one of Southeast Asia’s best bar cities, a two-night stay at a Marriott property and a guest shift at the city’s best bar.

Marriott International enlisted guest speakers from Craft Collective by Brand Connect to conduct masterclasses and coaching for the participating bartenders. They include David Rios, the official brand ambassador for Maison Villevert and one of the most awarded mixologist in the world. Arlene Wong, Asia Brand Ambassador of Mr. Black! now resides in Hong Kong where she has been invited to showcase her skills at various guest shifts and competitions. Sam Jevons is the owner and founder of Nusa Cana Rum and an Asian regional cocktail consultant. Sam has worked in nine countries training thousands of bartenders, writing menus and brand creations for hundreds of bars. World Champion Mixologist and Founder of KL Cocktail Co. & JungleBird Kuala Lumpur Joshua Ivanovic has worked at some of the most highly acclaimed establishments in London.