What Makes Flying Possible? Honeywell Aerospace Talks About The Anatomy of the Plane 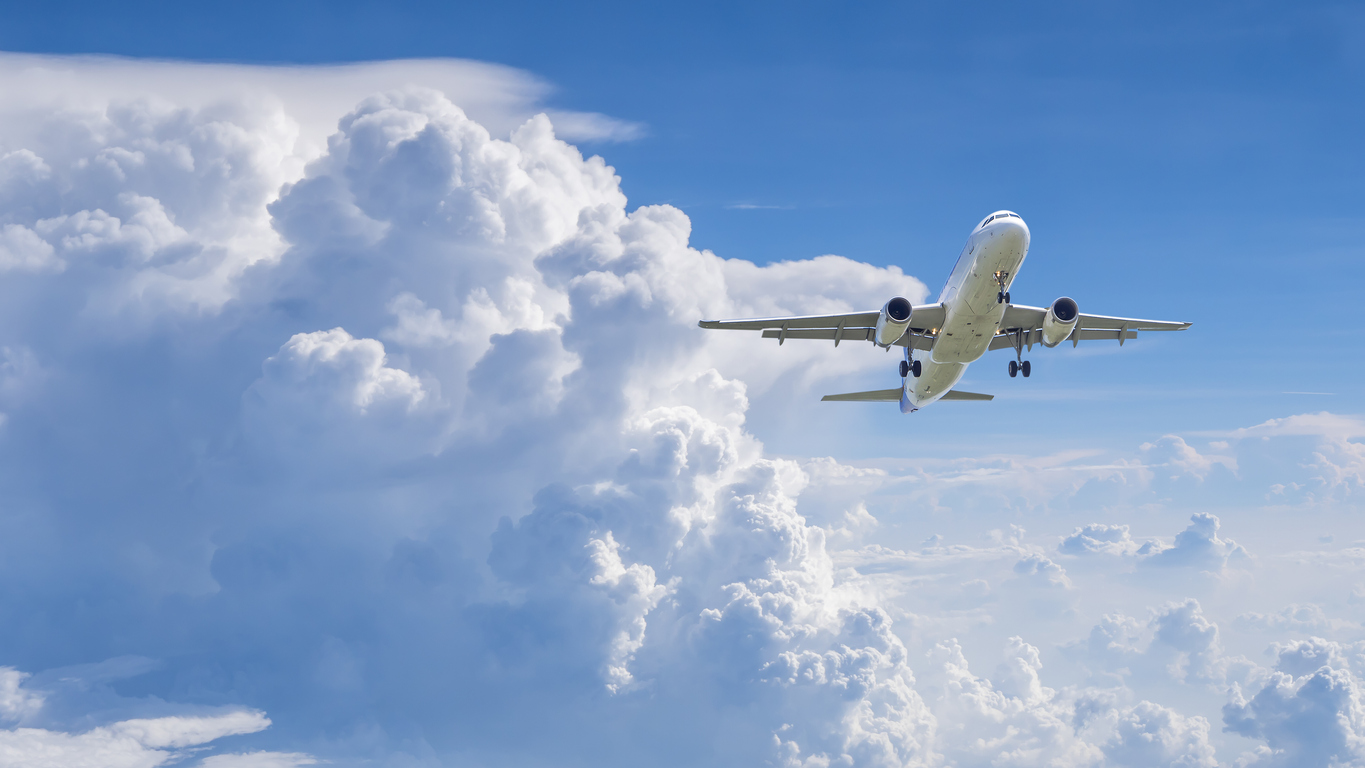 Picture this – after boarding an aircraft and settling into your designated seat, you hear the familiar cabin announcements and the pilot provides an update on the flight conditions and estimated flight time – you buckle in and prepare for take-off. However, have you ever thought of what are the mechanisms at play that allow you to take off, maintain in flight and finally arrive at your destination safely? What would flying be like in the absence of these mechanisms?

1. If there is no auxiliary power unit

In 2009, US Airways flight 1549 was struck by a flock of birds, resulting in the failure of both engines. Dubbed as the “Miracle on the Hudson”, Captain Sullenberger was able to tap on the power provided by the APU to successfully control the aircraft and land safely on the Hudson River in New York. Imagine if Honeywell’s 131-9A APU was not installed on this plane, how would this heroic tale be told today?

Typically, the APU is used before the main engine starts to supply power to key electronic systems and provide bleed air for the cabin environment control system and to start the main engine of the aircraft while the aircraft is still on the ground. Since the APU does not produce aircraft thrust, its fuel consumption is greatly reduced as compared to the main engine.

As the APU is mainly used on the ground, it switches off once the plane takes off. However, in the event of an emergency, or when the aircraft encounters an engine failure during flight, the APU can be quickly restarted, providing crucial air supply or power to the aircraft to restart the engine. Today, integrated environmental control systems and components can provide advanced cabin air conditioning and temperature control, cabin pressure control and ventilation to further improve passenger flight comfort and safety.

2. If there is no flight control system,

If you arrive at the boarding gate early and see the crew and flight attendants file into the aircraft under the leadership of the captain, who do you think will be manoeuvring the aircraft during flight?

Under the command of the captain, have you noticed the crew pulling ropes to manoeuvre the aircraft, or control flight altitude to steer the aircraft toward its destination? If that happens, when the plane lands, please stand up and applaud and praise them for their painstaking efforts to manually tug on the heavy ropes to send you to your destination.

In fact, in the early days of flying, when pilots relied on ropes and pulleys to manually control the wings, it did not require much effort. It only required a short period of physical work to get the plane up and airborne.

Soon after, fly-by-wire control systems were invented. Fast forward to today, most aircraft flight control systems utilise fly-by-wire control. With this system, it meant that pilots do not need to directly control the various wing surfaces. Instead, control instructions are input into the computer system and after calibration, the commands are transmitted to each wing surface. Fly-by-wire flight control has now become the foundation in the development of civil aviation airliners.

The flight control system is the core of the entire aircraft’s airborne system – ensuring the stability and manoeuvrability of the aircraft, enhancing flight safety and reducing the workload of the pilot.

3. If there is no navigation system

When you develop motion sickness during a car ride, you would wind the car window to get some air. What happens when you get airsick? There’s no option of opening a window just because they can’t be opened. But have you noticed that the cockpit windows can be opened and wondered why? Does the captain have to open the porthole periodically to track the position of the aircraft? Or would a snow-capped landscape below indicate that they are still flying over Siberia, and if the tip of the Eiffel Tower comes into view, it means they need to descend and prepare to land at the Charles de Gaulle Airport?

In the early stages of flight, when flight speed was slow and flight altitude low, pilots relied on visual flight judgment. In the 1920s, flight instruments were introduced on aircraft – navigational instruments, radio navigation, and inertial navigation systems. By the end of the 1950s, the Doppler navigation system was introduced, and by the 1960s, the long-range radio Roland C, with a range of 2,000 KM. Satellite navigation emerged in 1963 and evolved into the Global Positioning System, or GPS as we know it today, in the 1970s.

When you’re on an aircraft and you hear rumbling sounds, it would probably indicate that the plane is landing. However, with a landing speed approximately 300km/hour, similar to the Japanese bullet train, how can it land in such a short time?

When the plane brakes on landing, it relies on three types of deceleration devices working in tandem to slow the aircraft – the spoiler, engine reverse thrust device and wheel brake system. The most important and decisive factor is the wheel brake system, which consists of the wheel, brake device and control system.

When the aircraft touches the ground, the wheels start to roll at a high speed. The pilot steps on the brake pedal and inputs command signals to the control unit. After computing complex calculations, the output control signal decelerates the wheels, converting the kinetic energy of the aircraft into heat, and finally, stops the aircraft. The wheel brake system plays an equally important role as the aircraft’s engine system. These two systems make up the most expensive parts of the entire aircraft.

To help you pass time on the flight, the airline has carefully prepared a game of mahjong and a copy of Advanced Mathematics for reading. Do you choose to sleep or stay in a daze? You might even want to have an inflight barbecue, but as you pass through security, any flammable items will be confiscated. Except for boredom, there isn’t another word that would describe this situation. What you need is the Internet.

At 35,000 ft in the air, how do you get connectivity? Ground-based station signals of traditional mobile phone operators cannot reach cruising height. Moreover, on transoceanic flights or polar routes, there isn’t even ground base stations to send any signals. If looking down and air-to-ground communication doesn’t work, it’s time to look up. Satellites. Satellite communication systems allow aircrafts to “fly” into Internet zones via Ka-band or Ku-band communication satellites.

You may argue that in-flight WiFi is nothing new, but as we enter the 5G era, intermittent or slow internet connections is intolerable for many. There is an expectation for fast and stable connections. The JetWave satellite communication system addresses this demand and need. The system can enable inflight WiFi throughout the cabin and cockpit – making not only text file transfer possible but even smooth play of mp4 files in the cabin would be a piece of cake. Moreover, it improves operational efficiency and reduces flight delays by ensuring real-time communication between pilots and ground personnel.

A fleet of the same aircraft model services the Singapore-Kuala Lumpur route, but the performance of one particular aircraft seems to be slightly worse than the others. Just last week, it was performing well but this week’s flight data reflects a worse performance. There must be something wrong and we cannot wait for the aircraft to be grounded before maintenance kicks-in. This can result in a huge loss for the airline.

As the Chinese proverb goes, “Dig the well before you’re thirsty”, it’s always better to be prepared. If potential failures can be predicted through flight data analysis, more serious failures or even grounded aircraft can be avoided. The internet and big data are changing the world, and the airline industry is no exception. Through network connection and data analysis, connected maintenance services can help airlines detect and predict mechanical failures before they occur, thereby reducing downtime, flight cancellations and delays.

Take the APU as an example – hardware failure is usually the most common cause of outages. The connected APU service enables APU maintenance and fault data to be downloaded to predict potential hardware failures and reduce resulting APU outages. After which, the fault data is shared with the technology supplier and analysed before it is presented to the maintenance team. This data can help determine the maintenance measures needed to repair or service the APU and avoid unexpected maintenance incidents. In addition, connected aircraft solutions, such as fuel efficiency management software and real-time weather forecasting systems, can provide a safer and more enjoyable flight experience for passengers while helping airlines improve efficiency.

What might seem like a simple aircraft is composed of many different parts and systems which enables it to take to the skies. The combination of these systems ensure that every journey is safe and enjoyable, so we can focus on views outside the aircraft window and paint the adventure you are about to take head-on.