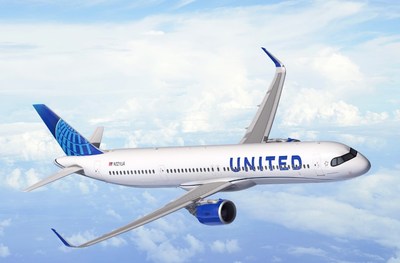 United airlines will be purchasing 50 new Airbus A321XLR aircraft to replace and retire its existing fleet of Boeing 757-200 aircraft and meet operational needs by pairing the optimal aircraft with select transatlantic routes.

United expects to introduce into International service in 2024 allowing the airline to explore serving additional destinations in Europe from its East Coast hubs in Newark/New York and Washington.

The next-generation A321XLR features LED lighting, larger overhead bin space and Wi-Fi connectivity. The aircraft lowers overall fuel burn per seat by about 30% compared to previous generation aircraft. This will contribute to United’s goal of reducing carbon footprint by 50% relative to 2005 levels by 2050.

United will defer the delivery of its order of Airbus A350s until 2027 to better align with its operational needs.