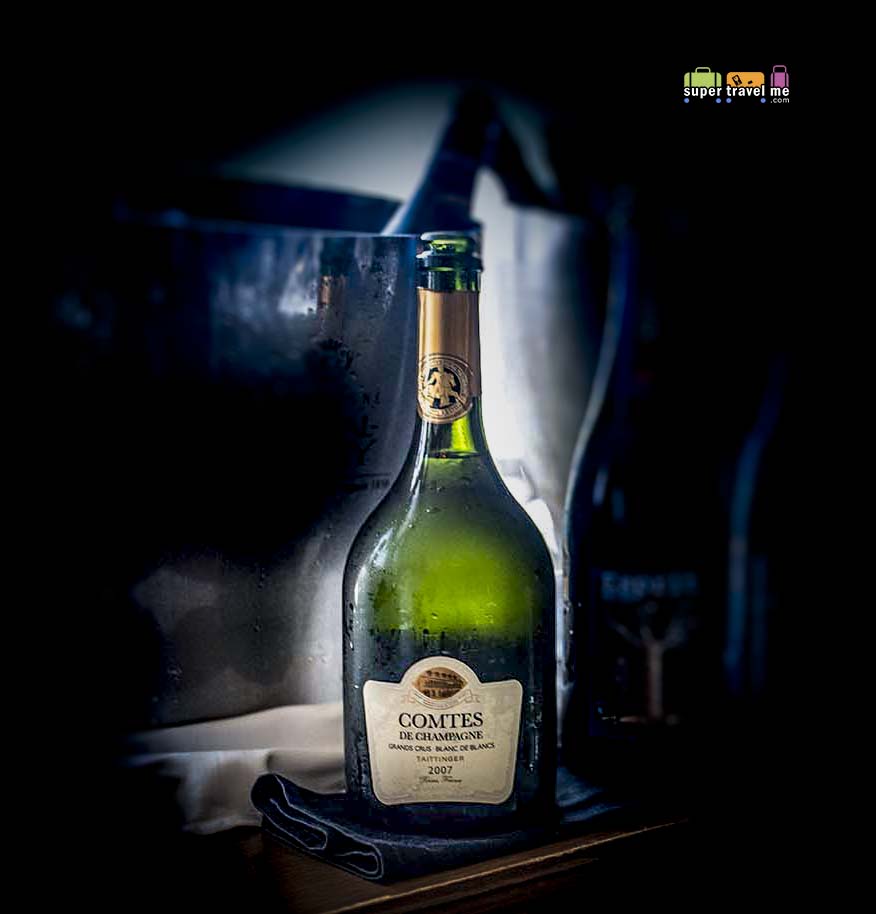 Over 350,000 bottles of champagne are served on SIA flights. Comtes de Champagne will first be served on flights to Auckland, Beijing, Delhi, Dubai, Melbourne, Mumbai, Seoul, Shanghai, Sydney and Tokyo Haneda from 27 October 2019 to February 2020 before being rotated to other routes.

Comtes de Champagne Blanc de Blancs is rare. The rigorous criteria governing the production means that it cannot be created in large volumes. Containing Chardonnay grown exclusively in the five villages of Côte des Blancs which are classified as Grand Crus: Avize, Chouilly, Cramant, Mesnilsur-Oger, Oger. 5% of the wines help to create the Comtes de Champagne are matured for four months in fresh oak barrels, one-third of which are renewed each year, to boost the intrinsic qualities of the final blend and its hint of a toasted flavour. They are then matured 18 metres underground for eight to ten years.

SIA’s Wine Panel experts Jeannie Cho Lee, Oz Clarke and Michael Hill-Smith conducted blind tastings of wines from many of the world’s most famous wine regions, before deciding upon Comtes de Champagne for its exceptional quality and taste.

Taittinger Comtes de Champagne is a refined, elegant vintage champagne with an impressive minerally finish. Featuring this champagne is part of Singapore Airlines’ commitment to working closely with the best wineries in key regions around the world, such as Taittinger, to offer an increased variety of wines directly from the source,” said

Air France has been serving Comtes de Champagne for its first class passengers for some time. A different vintage of 2006 is used for the French flag carrier. The La Première Champagne and Wine list is rotated every 2 months. Krug Grande Cuvée and Veuve Cicquot – La Grande Dame 2005 are also served on board in 2019 and 2020. Air France enlists Paolo Basso, the world’s best sommelier in 2013 as well as Thierry Desseauve and Michel Bettane, two wine expert consultants and authors of the French Wine Guide to curate its wine menu.

Cathay Pacific rotates the champagne menu and Comtes de Champagne will be available to its First Class passengers in November this year, April, September and November next year.

On board Qantas First cabin, the 2007 Taittinger Comtes is being served. Three champagnes are served on rotation with one brand of champagne per flight. The Australian flag carrier flies approximately 50% Taittinger Comtes 2007, 30% Piper Heidsieck Rare 2002 and 20% Charles Heidsieck Brut Des Millinaires 2004 which varies by route and time of year.

The introduction of Comtes de Champagne joins the airline’s upcoming First Class enhancements. From mid-November this year, a special edition unisex amenity kit with a new series of the iconic crystal fishes from Lalique. An enhanced caviar service will be expanded to more flights.

Previous « Club Med To Open Resort in Kota Kinabalu in Late 2022
Next Lotte Duty Free to Manage the 18 Liquor & Tobacco stores across all four terminals at Changi Airport from June 2020. »