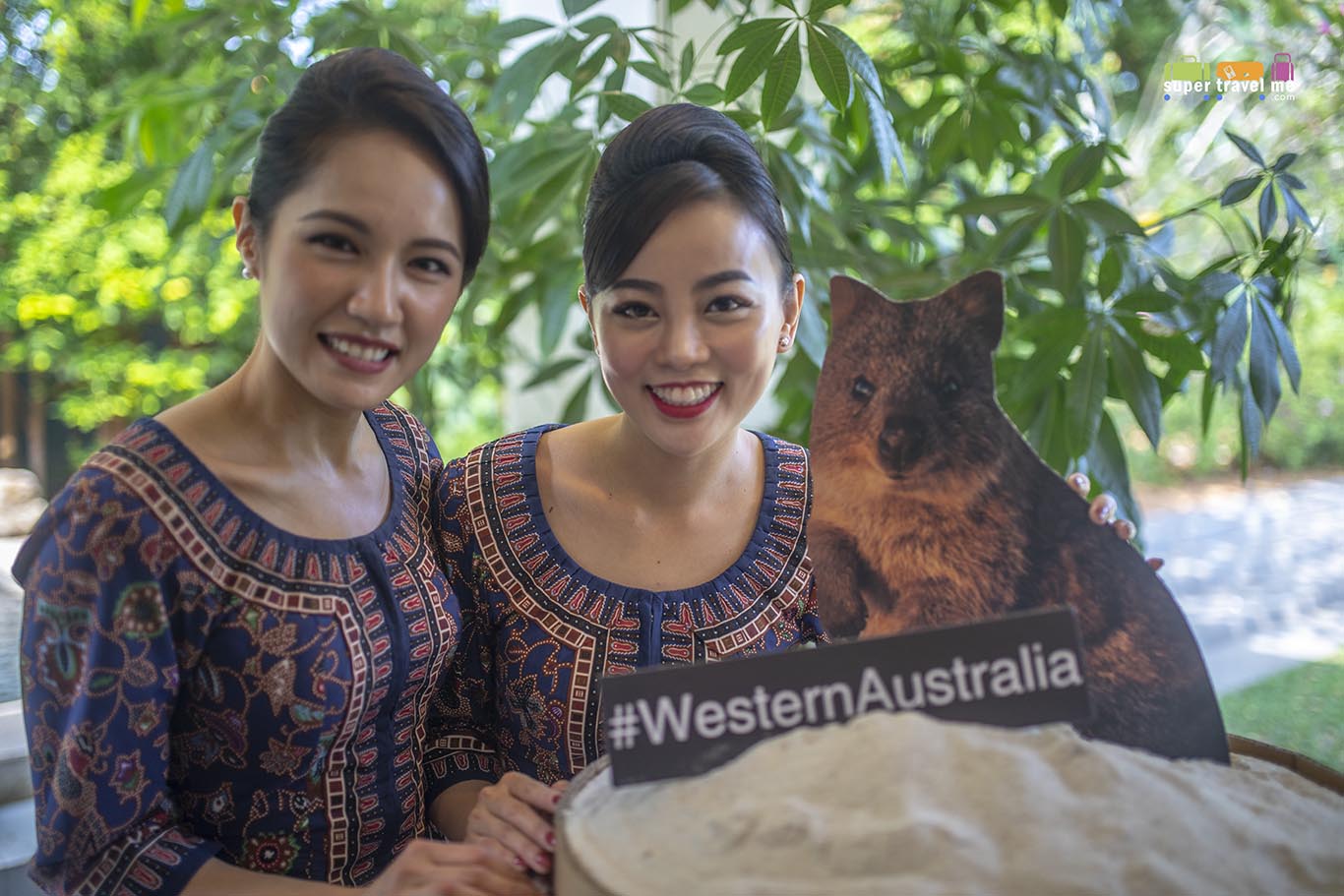 The agreement will cover markets including the UK, Germany/Switzerland, India, China, the US, Hong Kong, Malaysia, Japan, Indonesia and Singapore. Campaigns will include promotional airfares and travel packages to Western Australia through digital, print and television advertising.

The target for this cooperation is to generate over 11 thousand visitors to Western Australia.

Tourism Western Australia Minister of Tourism Paul Papalia was in Singapore yesterday to sign the three-year global agreement with Singapore Airlines at a signing ceremony held at the residence of Bruce Grosper, the Australian High Commissioner.

“Our partnership with Singapore Airlines, which dates back to 1999, is extremely important in attracting more people to Western Australia, from all across the globe. The aim is to fill the flights through promotional airfares and offer visitors adventure-filled travel packages so they can experience all that our amazing state has to offer while they’re here.”

Paul also travelled from HarbourFront to Serangoon Station yesterday morning on a Western Australia – themed train. He spoke to commuters about what Western Australia has to offer as a holiday destination. This marketing campaign is in partnership with Dynasty Travel to sell competitively priced itineraries from Singapore to Perth, the Coral Coast, and the South West.

The list include other destinations including Shikoku in Japan, Bay of Islands & Northland in New Zealand, Singapore, The Cook Islands, Central Vietnam’s Hue and Danang, Fiji, Palawan in the Philippines, Beijing in China and Cambodia.