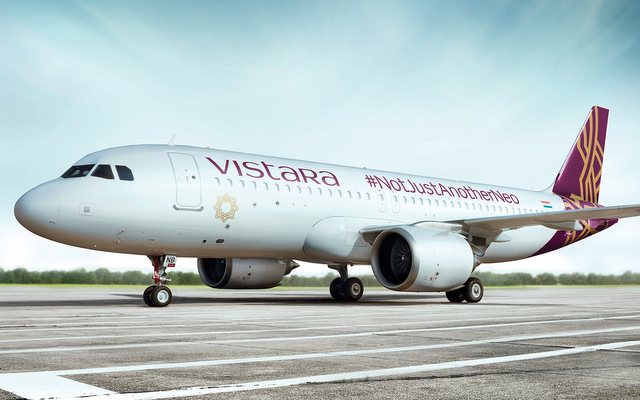 Vistara, a New Delhi-based joint venture between Tata Sons and Singapore Airlines (SIA), has recently announced its first international flights from New Delhi & Mumbai to Singapore. It’s first flight to Singapore from Delhi will launch on 6 August 2019. Its inaugural Mumbai – Singapore flight will depart on 7 August 2019. Both flights are operated on the Boeing 737-800NG aircraft.

SIA will add its ‘SQ’ designator code to Vistara’s new international flights. SIA and SilkAir will add nine new codeshare destinations within India on Vistara-operated flights. They include Chandigarh, Dibrugarh, Jammu, Leh, Pune, Raipur, Ranchi, Siliguri and Srinagar. SIA will codeshare on Vistara flights to over 20 Indian destinations with this expansion.

Vistara will add its ‘UK’ designator code to flights operated by SIA and SilkAir between Singapore and eight destinations in India including Ahmedabad, Bengaluru, Chennai, Cochin, Hyderabad, Kolkata, Mumbai and New Delhi. Vistara will codeshare on services to 44 destinations in the SIA and SilkAir network. These 44 destinations are on flights from Singapore to Australia, New Zealand, Cambodia, Indonesia, Malaysia, Vietnam, Thailand, Taiwan, Japan and the USA.

The codeshare flights will be introduced progressively through SIA and Vistara booking channels once regulatory approvals have been obtained.