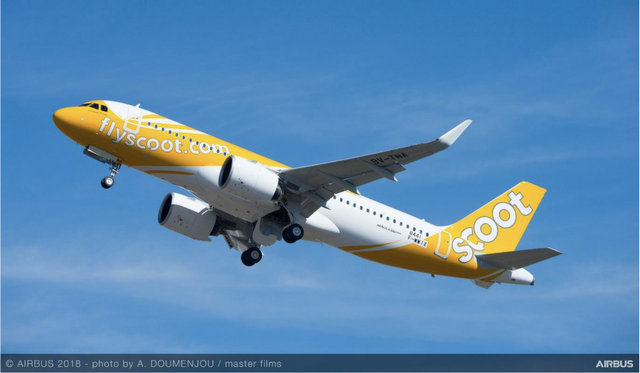 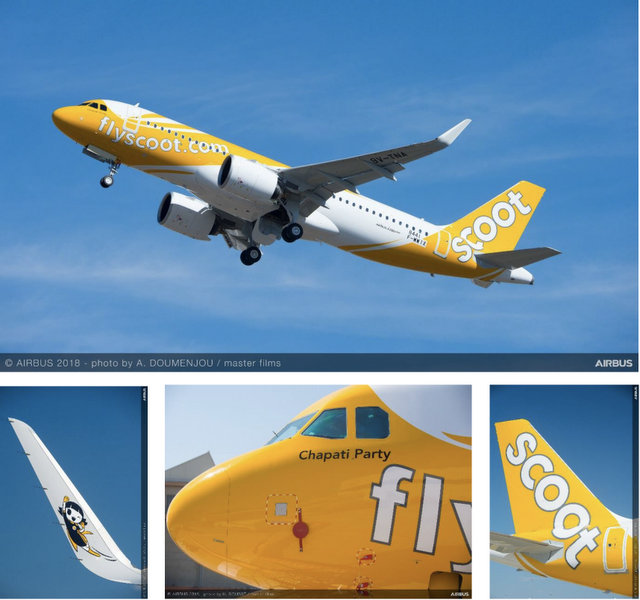 Scoot took delivery of its first A320neo from Toulouse, France with the aircraft registration 9V-TNA. It has been named CHAPATI PARTY and landed in Singapore Changi Airport on 7 October 2018 at 7.39pm. This is the low-cost carrier’s first of 39 firm orders placed with Airbus in 2014. The A320neos will service the airline’s short to medium haul regional destinations. Chapati Party will be making its debut Scoot flight TR610 from Singapore to Bangkok on 29 October 2018. Whilst Scoot’s existing A32-200 fleet is configured with 180 seats (30 rows in a 3-3), the A320neo is fitted with 186 seats in 31 rows.

Airbus A320neo family was introduced to the world by Lufthansa on 25 January 2016. Other airlines that use the A320neo family include IndiGo, Air India, AirAsia, Azul Brazilian Airlines. This aircraft type can travel 6,300 km and has a 2 class typical seating of 165 up to a maximum of 194. The overall length of the aircraft is 37.57m, a height of 11.76m and a wingspan of 35.80m