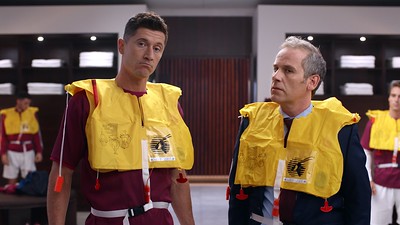 Lewandowski demonstrates how to use a life jacket. Cafu helps a younger version of himself attach an oxygen mask. Paris Saint-Germain star Neymar Jr makes a special appearance to guide Qsuite passengers.

This six-minute film was directed by Peter Lydon who co-wrote the script with 180 Kingsday creative agency.

“At Qatar Airways, safety is priority one and we want to ensure everyone, including our most frequent travellers, watches our safety briefings. The wonderfully creative concept from 180 Kingsday will capture our passengers’ attention whilst providing a fun, light-hearted video to get the in-flight entertainment underway. The level of quality and attention to detail in this video is paramount and I am sure the content will both inform and amuse our global passengers of all ages.”