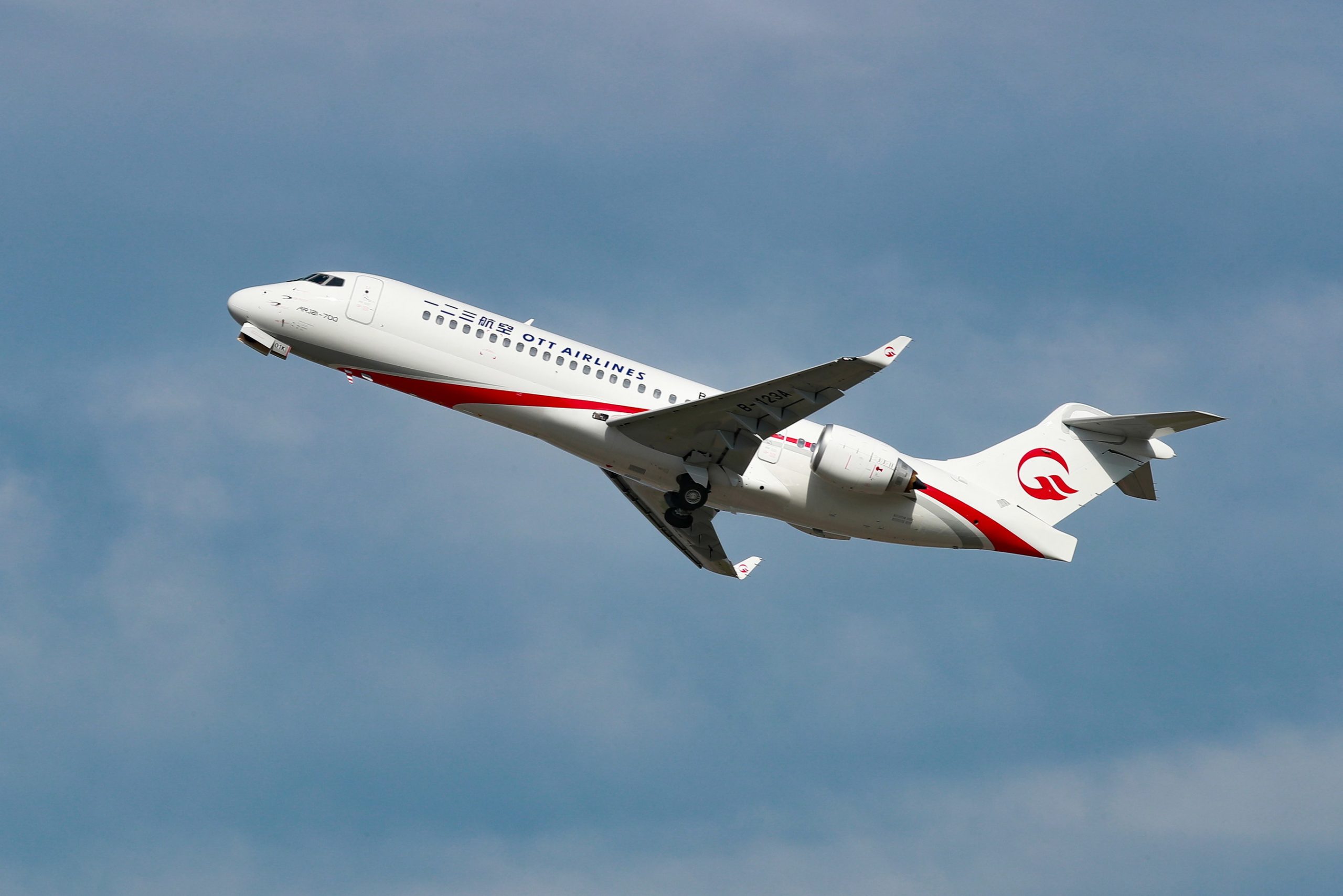 OTT Airlines was launched by China Eastern Airlines in February 2020. It flew its maiden flight from Shanghai to Beijing on 28 December 2020, Monday.

The inaugural flight operated on a ARJ21 was piloted by Zhang Daqi who has flown six types of aircraft with a safe flight time of over 18,300 hours. He flew a business jet to accompany the C919, China’s first homegrown big passenger jet that took off in May 2017.

An ARJ21, the first turbofan regional passenger jetliner produced by Commercial Aircraft Corp of China can carry up to 90 passengers features the comfort of trunkliners. It has a wider and higher cabin with 18 rows of ultrathin seats compared to other similar types of jets. The seat pitch, recline angle and width are comparable to those of the in-service narrow-body aircraft run China Eastern Airlines.