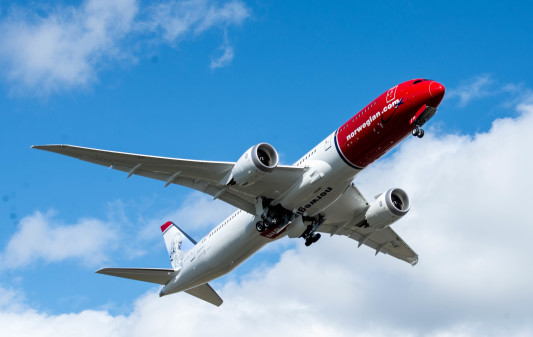 Low-cost airline Norwegian intends to launch non-stop services between Singapore and London Gatwick on 28 September 2017 with four times weekly flights. This will increase to five times weekly for the Northern Winter season. The Singapore-London service will be operated by Norwegian’s UK Subsidiary Norwegian UK (NUK) using Gatwick-based crew. Norwegian will use its 344 seat Boeing 787-9 Dreamliner aircraft that offers economy and premium cabins.

To mark its commencement of operations at Changi Airport, Norwegian is offering one-way Singapore-London fares starting from SGD 199 for economy class, and premium class tickets starting from SGD 839. Fares include all applicable fees and taxes.

With the launch of Norwegian flights, the number of weekly flights from Singapore to London will increase to 50 which translates into an addition of 1,720 one-way seats weekly. London is Changi Airport’s 14th busiest route with over 1.2 million passengers travelling between the two cities last year.