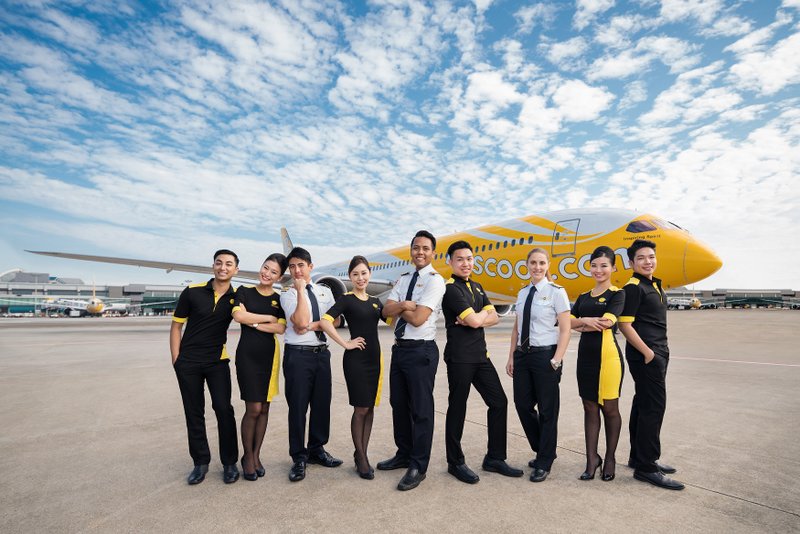 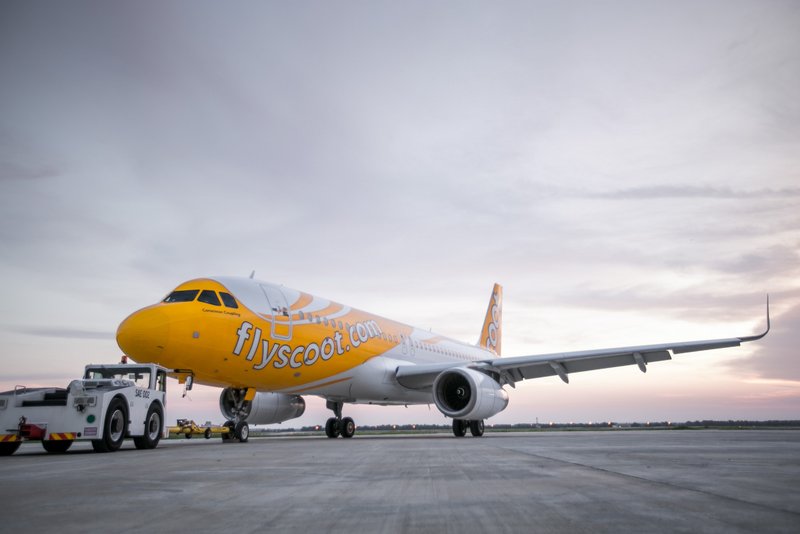 Tigerair Singapore’s last flight departed Singapore for Tiruchirappalli last night at 11.05pm. Today all previous Tigerair flights will be operated under the Scoot brand while Scoot flights will operate under the TR flight designator code.

With the integration of both low-cost carriers under Budget Aviation Holdings comes a new tagline. The “Get Outta Here!” tagline has been replaced by a less catchy one “Escape the Ordinary”. The new tagline is reflective of the airline’s growth. It is meant to inspire us to travel and explore the world. 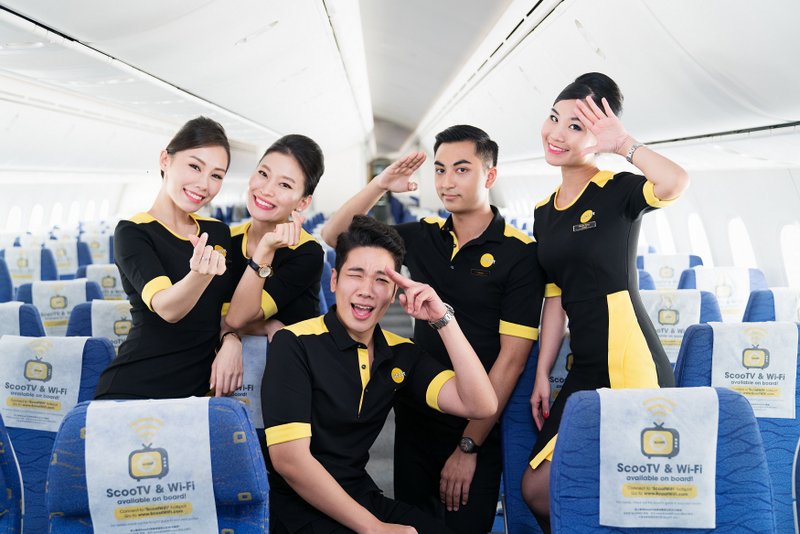 A new uniform for flight attendants replaces the Tigerair and old Scoot uniforms. The new designs bear a refreshing, yet distinctively signature look keeping Black and Yellow as the two main colours. The female Scootees will get a flattering silhouette with the asymmetric dress design and higher waistline. The boys, well let’s just say, will look better with the yellow highlights on the Polo Shirts. Black buttons are sewn on with yellow threads to provide a subtle feature for the male crew uniforms. Thicker fabric will keep Scootees warm during cabin service.

The rest of Tigerair’s A320 aircraft will be repainted with the yellow and white livery progressively and expected to be completed by mid-2018. Scoot will also be launching five new destinations by June 2018 including Honolulu, Harbin and Kuantan. Silkair will transfer the Kuching and Palembang routes it currently operates to Scoot on 29 October 2017 and 23 November 2017 respectively. Silkair currently flies four times weekly to Kuching and thrice weekly to Palembang.

“The transfer of the Kuching and Palembang services to Scoot is intended to further optimise the SIA Group’s resources and present a better match of capacity to demand,” said Mr. Foo Chai Woo, Chief Executive SilkAir.

Special one-way promotional fares to Kuala Lumpur from S$37, Bangkok from S$49, Melbourne/Sydney from S$129, Tokyo/Osaka from S$229 and to Athens from S$239 and more. Enter “FLYSCOOT” promo code for an additional 10% off selected FLYBAG and FLYBAGSEAT fare from 25 to 30 July 2017.