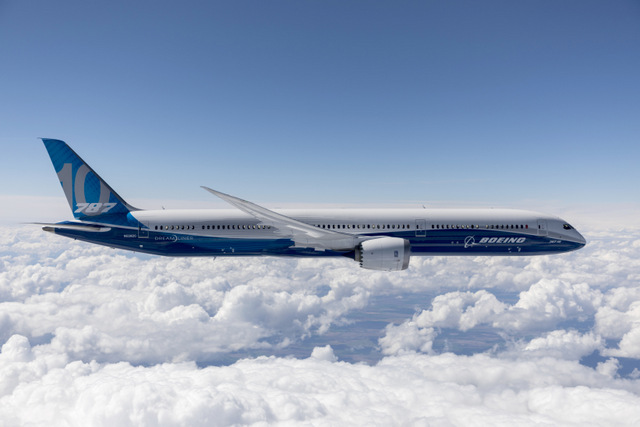 Korean Air and Air Lease Corporation has announced at the Paris Air Show that the airline plans to add 30 new 787 Dreamliner aircraft to its fleet. It is committed to purchasing 10 new 787-10s and 10 additional 787-9 aeroplanes valued at US$6.3 billion at current list prices. Korean Air will also lease 10 787-10s from ALC. It has selected the GEnx engine to power its 30 additional Boeing 787 Dreamliners.

“As we continue to innovate our product offering, the 787 Dreamliner family will become the backbone of our long-haul fleet for many years to come. In addition to 25 percent improved fuel efficiency, the stretched 787-10 offers around 15 percent more space for passengers and cargo than our 787-9s, which will be critical to our long-term business goals.”

Korean Air serves 126 destinations in 44 countries worldwide and has a fleet of 168 aircraft. It is also a founding member of the SkyTeam alliance and recently partnered Delta Air Lines in a Joint Venture.