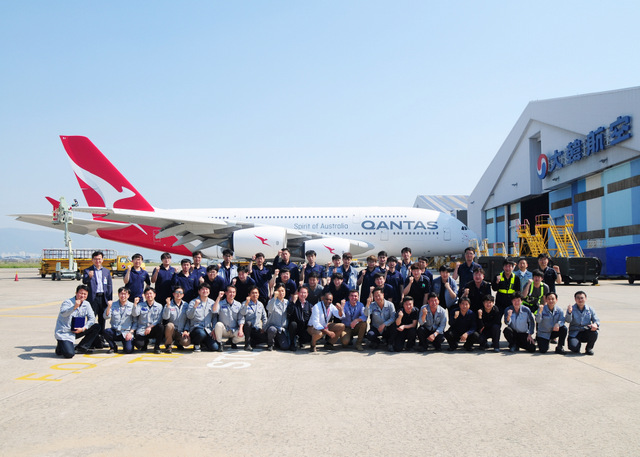 Korean Air has completed its first repaint of a Qantas A380 with a new livery on 24 May 2019 at the airline’s painting facility at Gimhae International Airport in Busan. The Australian airline is repainting its fleet ahead of its 100th anniversary next year.

July last year, Korean Air signed a contract with Qantas Airways to paint four of its A380s. Qantas has a fleet of 12 A380s