KLM Celebrates its Anniversary with the 101st Delftware Miniature House 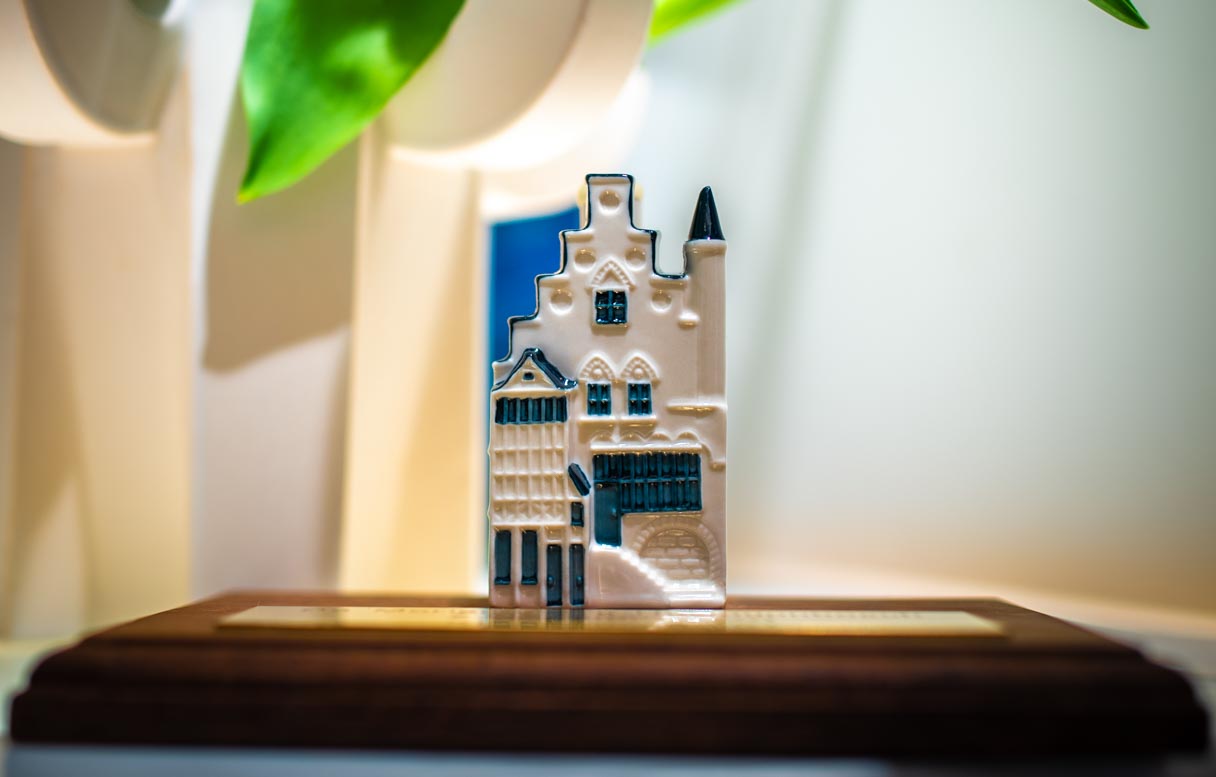 The 101st KLM miniature house is a replica of the 800 year-old brick building “Die Mariaen” which is known today as “De Moriaan” in ‘s-Hertogenbosch in the southern province of Brabant in the Netherlands. This historical building is described in the city archives as ‘tcasteel op die Mariaen”, the castle on the Mariaen. The five metre-high cellar was accessible at the rear from the quays of the inner harbour. Above the semi-underground commercial space was a huge hall, which was also used for trade. Behind this were a few smaller rooms and a kitchen.

‘De Moriaan’ was chosen because it was built as a mercantile house and because the province of Brabant is a major contributor to the Dutch economy today. International commerce has brought many passengers to KLM.

Even though the corona crisis has drastically reduced trade over the last few months, KLM still wants to mark its 101st anniversary. Not with celebrations, but with the unveiling of KLM’s Delftware miniature house number 101.