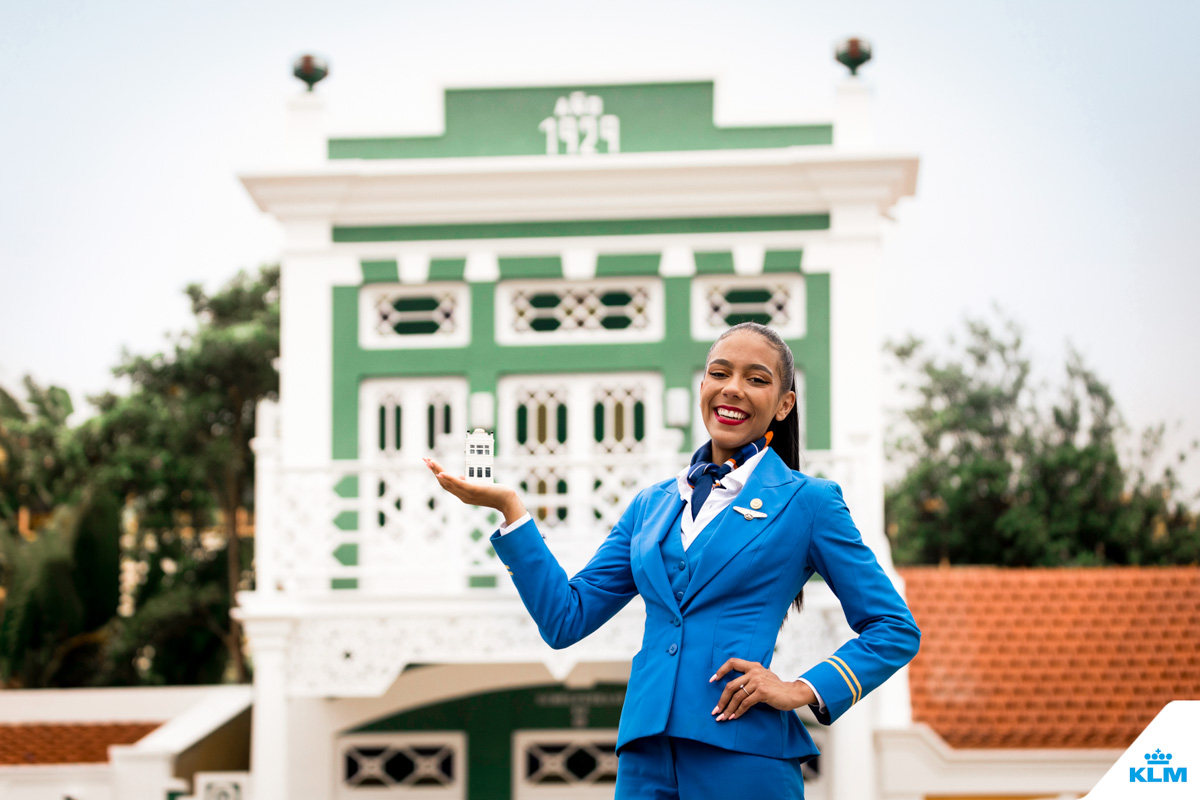 KLM Royal Dutch Airlines celebrated its 103rd anniversary on 7 October 2022 with the launch of a new Delftware miniature house. Since the 1950s, KLM has been presenting Delftware miniature houses of historic buildings filled with Bols Dutch genever to World Business Class passengers on intercontinental flights. Every year since 1994, KLM adds a new miniature to its collection on its founding anniversary on 7 October.

This year’s miniature is a replica of the Ecury family home in Aruba. Aruba will be marking a centenary of aviation next year. The Ecury House which is part of the National Archaeological Museum of Aruba is close to the site where the first aircraft landed. The Ecury family also played a significant role in the development of aviation on the island.

KLM first flew a triple-engine KLM Fokker F-XVIII to Aruba almost ninety years ago and made the island its operational hub for scheduled services across the Caribbean. Scheduled services between Amsterdam and Aruba started on 11 February 1974 and now KLM operates daily flights on this route. Next year marks the 100th anniversary of the first flight’s arrival on Aruba. Aruba Airport serves around 2.5 million passengers annually and has grown significantly over time.

The Ecury House was built in 1929 in Oranjestad. The Ecury family were prominent in society and business. Son Nicasio “Dundun” Ecury built his business empire from here and played an important role in the development of aviation on the island. His son, Boy Ecury, studied in the Netherlands and became a resistance hero during the Second World War. He was betrayed and executed in 1944.

This is KLM’s second Delftware miniature that is based outside the Netherlands. On the airline’s 85th anniversary, it presented a replica of the distinctive Penha Building in Curaçao.