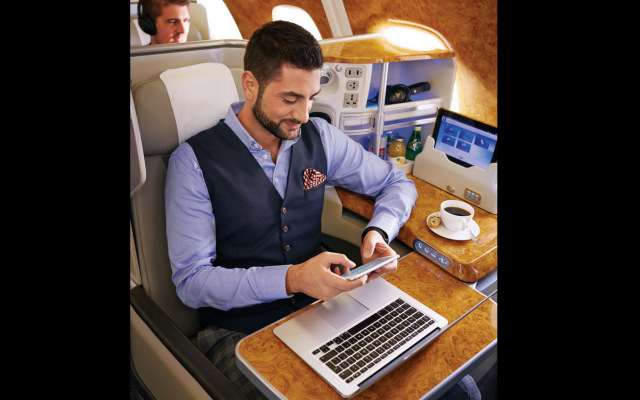 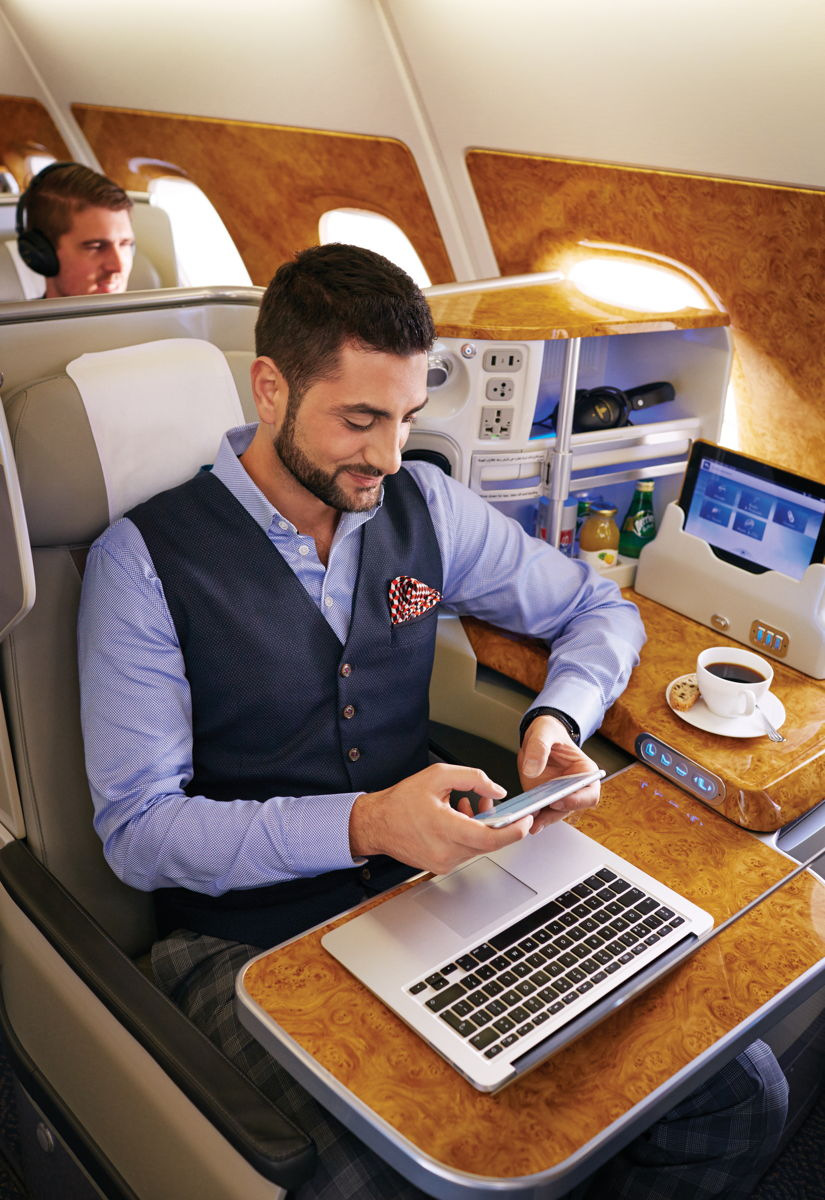 20 March 2008. That’s the date phone calls and SMS messages could be made in flight? Emirates was the world’s first airline to enable mobile phone use on board aircraft. It was on

Emirates flight EK751 from Dubai to Casablanca when the first phone inflight was made. Since then, more than 2.8 million calls have been made, 60% of which were made from the aircraft while over a million calls were answered by passengers travelling on Emirates.

Someone made the longest call of 3 hours and 50 minutes on a flight from Orlando to Dubai on 5 February 2018. 87 million SMS messages have also been sent or received over the last 10 years.

Emirates has also been named ‘Airline of the Year’ at the 2018 Air Transport Awards.