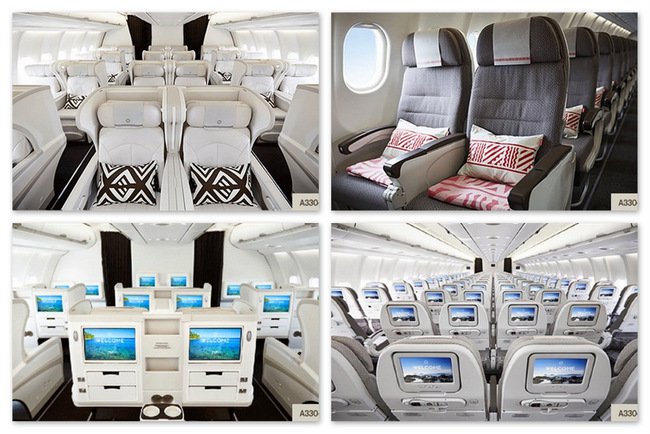 BulaBid is Fiji Airways’ latest initiative that allows Economy Class customers to bid for upgrades to Business Class on international flights. Customers have seven days to 24 hours before their scheduled flight departure to bid for an upgrade. BulaBid.com uses the Upgrade Now auction system that notifies successful bidders via a confirmation email 24 hours before the flight while unsuccessful bidders’ credit cards will not be charged. Not all flights will have the BulaBid feature. 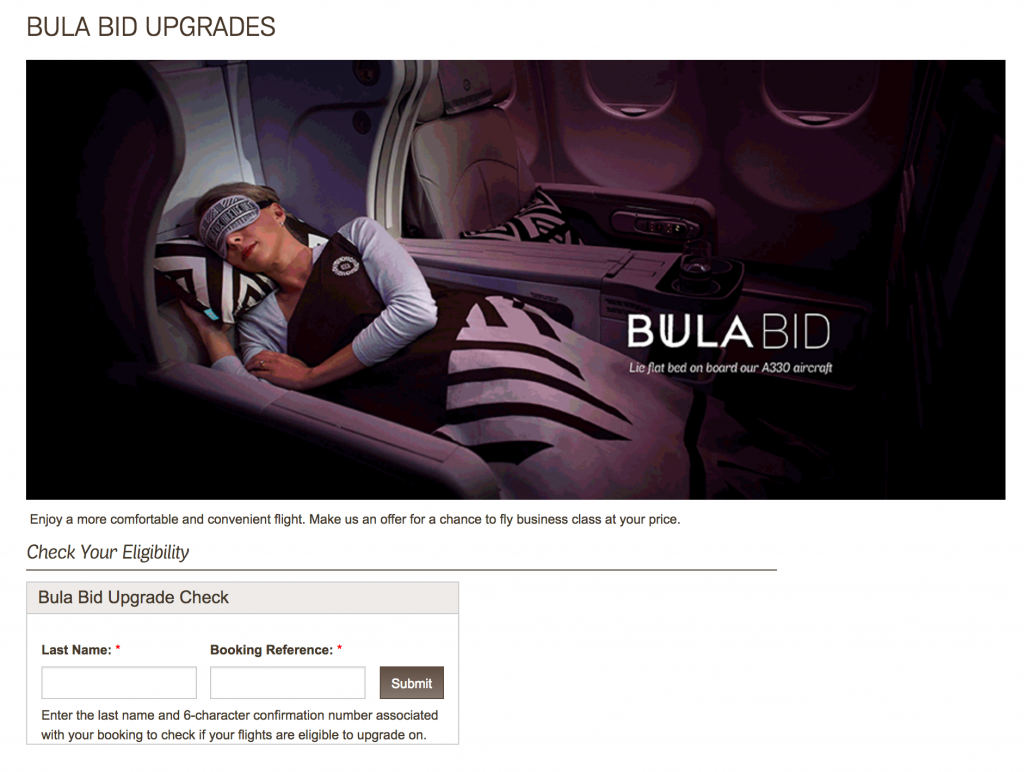 Successful upgrade bidders will get to enjoy a wide range of entertainment on-demand, signature cuisine and beverages, three-course meals designed by the airline’s Executive and Celebrity Chefs, increased baggage allowance and priority baggage handling, angled leather flat-beds on the A330 aircraft as well as access to airport lounges in most destinations.

Other airlines utilise the service of OptionTown.com to allow customers to bid for upgrades on AirAsia X, InselAir and Vistara as well as bid for other ancillary services such as purchase of empty seat, flight pass, preferred seat, extra baggage, lounge access, priority handling and others.

There is even a team of individuals who have set up Seatfrog in Australia with the desire to take the pain out of upgrading. The folks at Seatfrog can enable full automation of the upgrade process right up to flight departure, instant re-issuance of tickets direct to the mobile. They have yet to launch yet they have offices in Sydney, Tokyo and London.