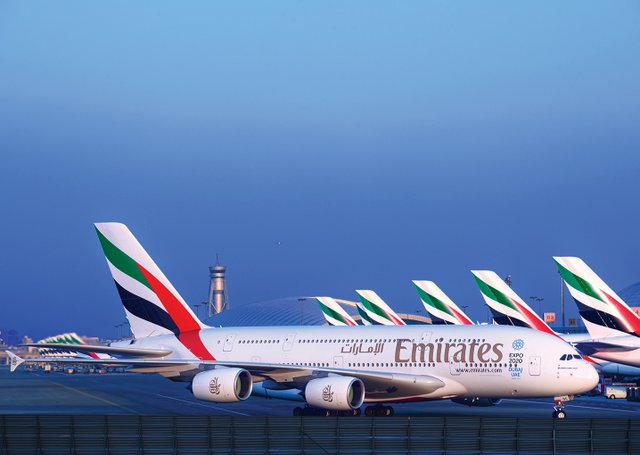 Emirates A380 Fleet at Dubai International

Emirates will introduce two additional flights on its Airbus A380 from Dubai (DXB) to Toronto (YYZ) from 18 August 2018 increasing frequency to five times weekly. It is the only airline operating the A380 out of Toronto.

The Airbus A380 aircraft that will operate on these additional flights will feature private suites in First Class, lie-flat seats in Business Class and Economy Class. Last October, the airline celebrated a decade of operations in Canada, introducing new aircraft on the route from a Boeing 777 in October 2007 to the flagship A380 in 2009.

The additional flights will help to further boost inbound tourism for Canada and meet growing demand from travellers from key destinations in the United Arab Emirates, India, Pakistan, Iran, Bangladesh, South Africa and Saudi Arabia. Passengers from Canada will also be able to take advantage of the additional flights to travel to popular destinations like Dhaka, Kabul, Tehran, Karachi, Hyderabad, Delhi, Mumbai, Bangalore and Johannesburg.  Emirates also has established codeshare partnerships in Canada with WestJet and Alaska Airlines, connecting travellers from across its global network to more Canadian cities and vice-versa.