Emirates Takes Delivery of Its 100th A380 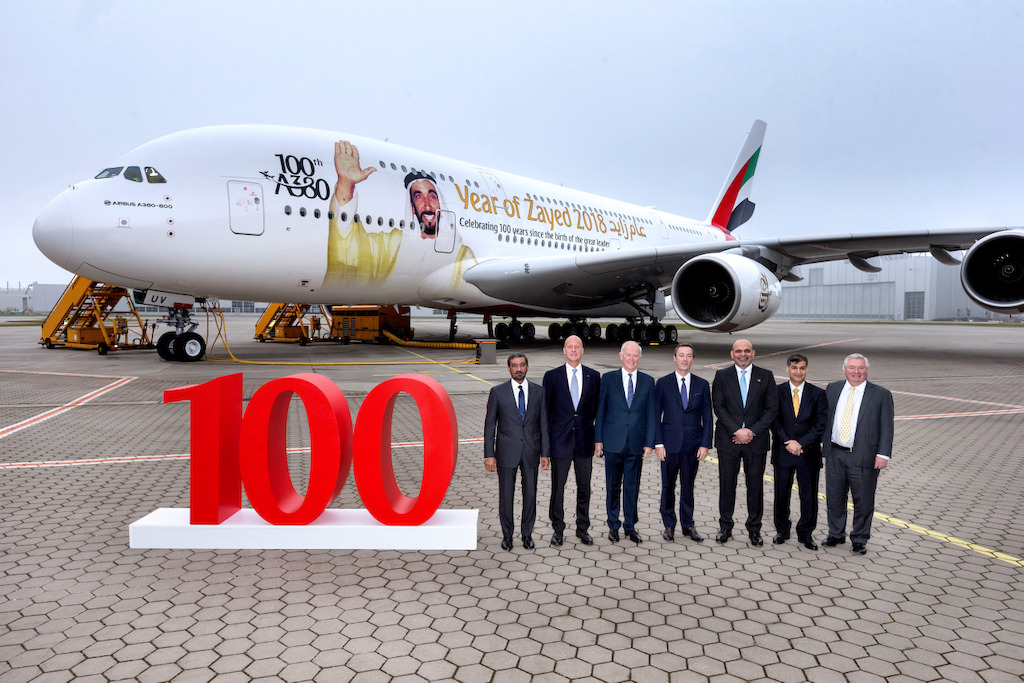 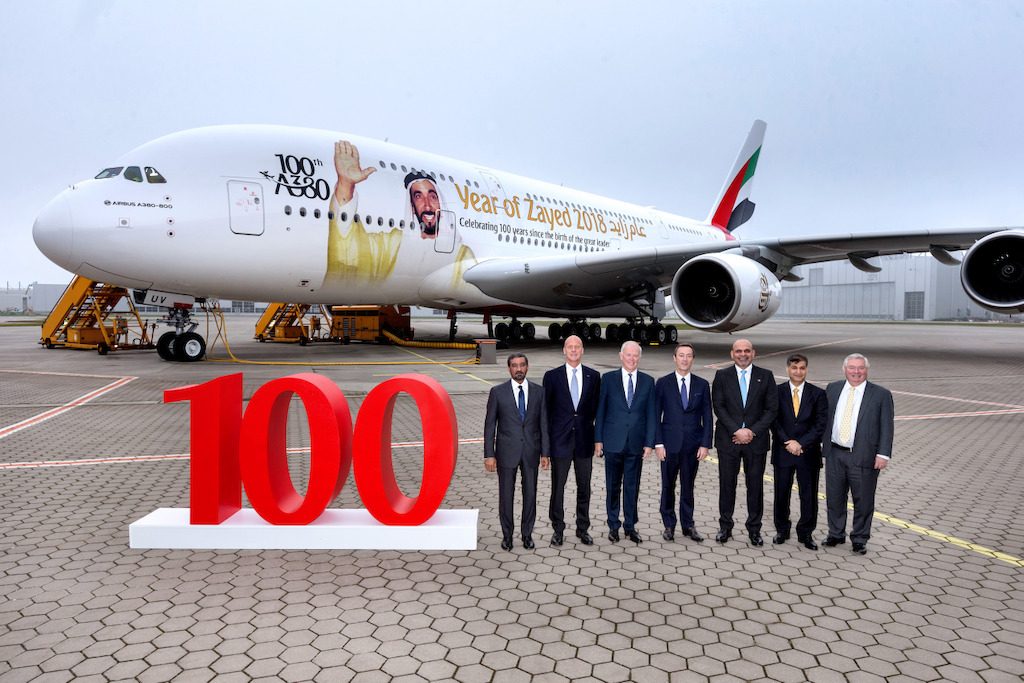 Emirates, the world’s largest operator of the A380 aircraft, took delivery of its 100th Airbus A380 from the Airbus delivery centre in Hamburg on 3 November 2017. A ceremony for the delivery was attended by His Highness Sheikh Ahmed bin Saeed Al-Maktoum, Emirates Chairman and Chief Executive; Sir Tim Clark, Emirates Airline President; Tom Enders, Airbus Chief Executive Officer; Dominic Horwood, Rolls-Royce Director of Customer and Services; His Excellency Ali Al Ahmed, UAE Ambassador to Germany and Frank Horch, Senator for Economy, Transport and Innovation of the Free and Hanseatic City of Hamburg.

“For Emirates, the A380 has been a success. We’ve been able to utilise it at slot-constrained airports, as well as at regional and ‘secondary’ airports where we have grown passenger demand. Each time we deploy an A380 onto a route, it typically stimulates further traffic and demand as travellers are attracted by our flagship A380 experience. We remain committed to the programme and will work closely with Airbus and our partners to continually enhance our A380 product as we look ahead to receiving our remaining 42 aircraft on order,” shared Shiekh Ahmed. 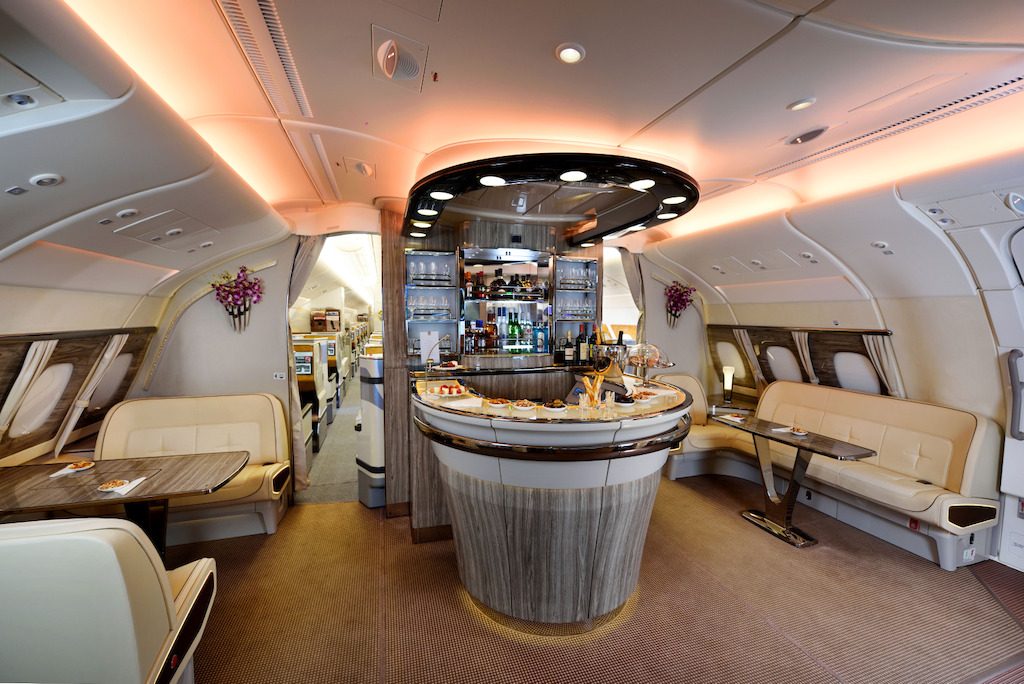 Emirates’ 100th A380 is configured with 14 private suites in First class, 76 seats in Business and 426 seats in Economy.  It also features the airline’s newly revamped Onboard Lounge. It will be on display at the upcoming Dubai Air Show and will enter service afterwards.

The livery also features a bespoke livery with a special tribute to the late HH Sheikh Zayed bin Sultan Al Nahyan, the founding father of United Arab Emirates. 2018 is the “Year of Zayed”, marking 100 years since the birth of the country’s founding father and celebrating his legacy.

The Emirates A380 programme creates and supports manufacturing jobs across the global aircraft manufacturing supply chain. It supports some 41,000 direct, indirect and induced jobs in Europe including some 14,500 in Germany alone. The estimated Europe-wide impact of Emirates’ A380 investment amounts to €3.4 billion in GDP in 2013/14. In Germany and France, the GDP impact is €1.2 billion for each country, according to a 2015 Frontier Economics analysis.

Emirates operates its A380 from Singapore 14 times weekly, connecting passengers to over 45 destinations around the world.