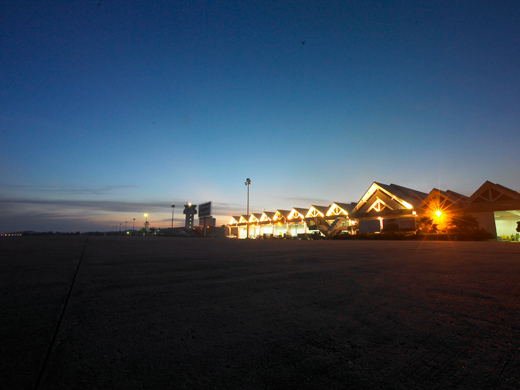 Langkawi International Airport (LGK)’s year-long expansion project has been completed and opened for operations on 1 September 2018 at 6 am. The expansion project has increased the airport capacity from 1.5 million passengers per annum to 4.0 million. Malaysia Airports aim to enhance airport experience for airport users and elevate service levels at all its airports. The total gross floor area of the terminal building has also increased from 15,000 sqm to 23,000 sqm. The facilities have also been upgraded to reduce congestion and improve operational efficiencies.

The airport carpark now has 600 bays, 200 more than before. There are now 30 check-in counters and 18 immigration counters instead of 24 and 14 respectively. The airport is now equipped with In-Line Hold Baggage Handling System which allows for a more efficient check-in process. There are eight boarding gates now compared to five previously.

The refurbished airport has more retail, F&B and services offerings. Visitors to LGK can look forward to seeing established outlets such as Toast Box, Costa Coffee, Burger King, and many more. A new Plaza Premium Lounge will open in a new space landside.