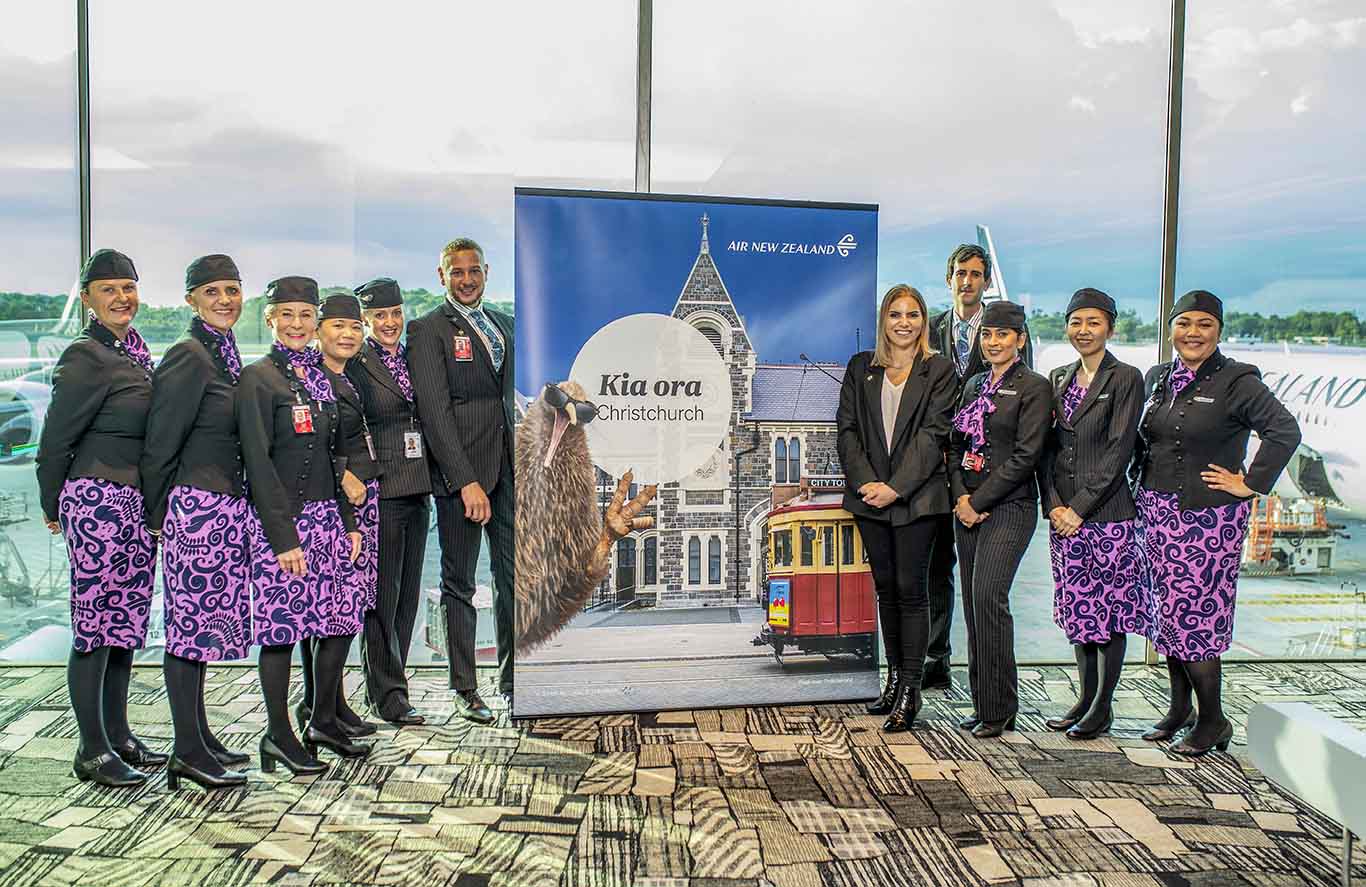 Air New Zealand’s five times weekly seasonal service between Singapore Changi Airport and Christchurch was launched on 1 December 2019 with the inaugural flight taking off at 6.40 pm from Changi and landing in Christchurch at around 9.35 am on 2 December 2019.

Air New Zealand will operate the Boeing 787-9 Dreamliner on this service until 22 February 2020.

Air New Zealand flies to 32 international cities in 20 countries. As of September this year, Stats NZ data revealed a 5.7% year-on-year increase in visitor arrivals from Singapore. Air New Zealand has seen a 116% increase in the number of passengers on its New Zealand – Singapore routes between July 2019 and November 2019, compared to the same period last year. The airline’s Singapore – New Zealand routes grew by 68.7%.

Air New Zealand has plans to increase capacity between Auckland and Singapore from end-March to October 2020 as part of the joint venture alliance with Singapore Airlines.