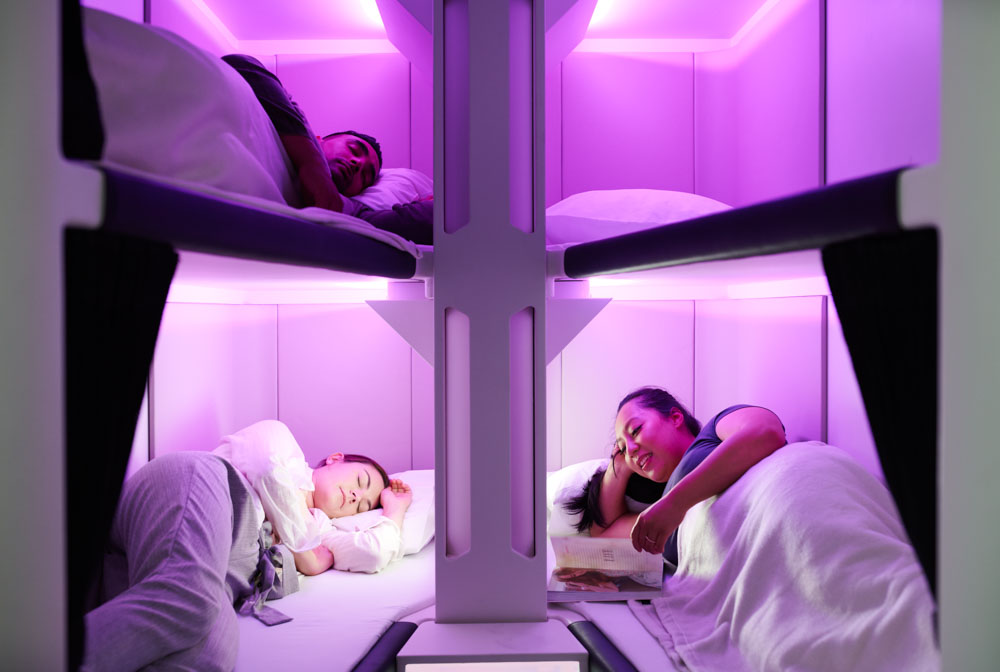 Air New Zealand has worked on the Economy Skynest for three years with the input of over 200 customers at its Hangar 22 innovation centre in Auckland. The airline has filed patent and trademark applications for the Economy Skynest. The airline will make a final decision on whether to operate the Skynest next year after it has assessed the performance of its inaugural year of the Auckland – New York operations.

Economy Class passengers flying Air New Zealand may have the option to sleep comfortably in full-length lie-flat sleep pods. There will be six of these pods in the aircraft that would be great for long haul flights such as the upcoming Auckland – New York service. Economy class passengers would be able to book the sleep pods in addition to the economy class seats.

The exact position of the Economy Skynest in the Economy cabin has yet to be ascertained at this moment. Each Skynest can accommodate up to six sleeping pods and each sleeping pod is in excess of 200cm with a shoulder area in excess of 58cm. Each pod will come with a full-size pillow, sheets and blanket, earplugs along with privacy curtains and lighting designed for sleep. The airline is exploring other features such as a separate reading light, personal device USB outlet and ventilation outlet.