Travel to The Sound of Music with Sylvia Toh 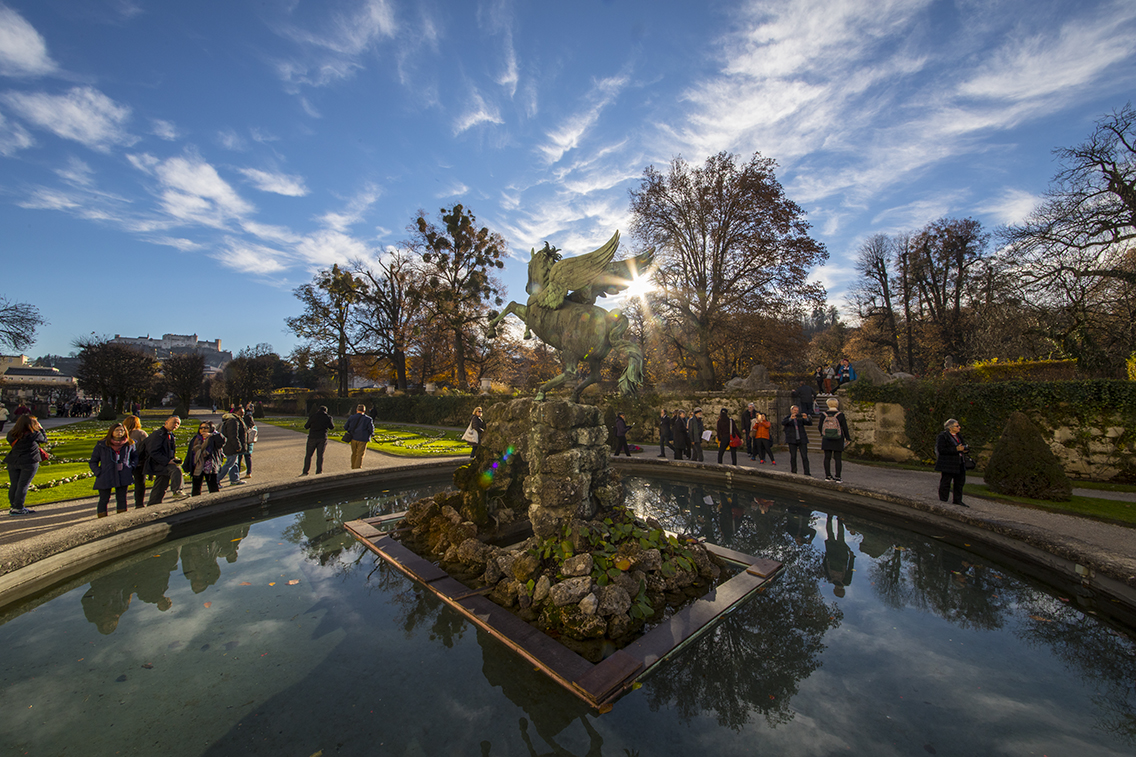 You must have watched the film at least twice, and sung the songs repeatedly. But have you climbed the very hills that come alive with the sound of music? You can, and rather easily too, certainly easier than learning to yodel like a lonely goatherd.

Last autumn I followed in the footsteps of Julie Andrews, well in the shoes she wore as Maria the novice nun who became a nanny and then mummy to seven children of the Von Trapp family.

Trafalgar’s Sound of Music 10-day package starts in Munich and ends in Vienna. Days are highlighted with a secret address here, a shared treasure there, an unexpected sight, a delightful surprise, all thanks to Trafalgar’s exceptional travel directors and local guides. I was left with not a question to ask, unusual for me.

I had the impression I had had 20 days of travel experience in the ten days! Salzburg is the heart and home of The Sound of Music, and we did not miss a note in our visit. I swear the seven cherubic Von Trapp kids sang Do-Re-Mi in seven locations, a do-here, a re-there, a mi-elsewhere, a fa-everywhere, because we traipsed and skipped everywhere they tra-lala-ed.

We each have a favourite scene – 16-going-on-17, when the children fell into the lake, the convent where mother superior enjoined Maria to climb every mountain – and we were taken and shown exactly where it all happened.

The creme de la creme is Schloss Leopoldskron, commissioned by Prince Archbishop Salzburg in 1736, today a hotel (supported by Trafalgar in its upkeep and conservation of historic buildings).

This is where Trafalgar’s Stays With Stories guests sleep. In the buildings which stood as the Von Trapp family home. Yes, where they sang Do-Re-Mi. You cannot get a richer experience. We toured its interiors and gardens and broke into song.

It is not all confined to Maria’s favourite things of course. Austria is the capital of the classics, Mozart, Strauss, Mahler, among notables.

Which is the best of Mozart’s balls? Enquiring minds want to know. Not far from the oldest cafe, Tomaselli, where Wolfgang Amadeus would have his tea, is Furst, the original chocolatier of Mozartkugeln (marzipan-filled chocolate balls).

It’s $11 for five of Furst’s. But $6.50 will get you 8 of Mirabel’s (sold everywhere). Meals are one of the mainstays, and with Trafalgar’s Be My Guest, you eat with a local family, as we did on a farm one dinner. Family members joined us with an insight to what they produce, difficulties faced, how they manage the seasons.

In the Germany leg we raised our beer glasses in the famed Hofbrauhaus. This is storybook travel, the sound of music in Austria, and the fairytales of the Brothers Grimm in Germany.

High on a hill (different hill from the lonely goatherd) stands the imposing Sleeping Beauty Castle (not created by Disney as you may think).

Neuschwanstein was built by the crazed King Ludwig II of Bavaria. Well he never had to worry about cleaning the many windows himself. You can walk up to it from the village below, but I took the princess route – horse and carriage, $5 one way.

Scaling yet another height in the journey was Oberramergau, the seat of the Passion Play. It is staged every 10 years, you do have to book in advance. The 2020 dates are selling fast. From what little preview I saw, I cannot begin to describe it other than, you have to see it live, for yourself. Excuse me, but Jesus is hot. The actor who is Jesus in 2020.

As if to balance it all out, you can also find the houses of Hansel and Gretl, and Little Red Riding Hood, in this village.

But that, as they say, is another story.

Another Trafalgar Itinerary experienced by Team SUPERADRIANME is Imperial Europe. You can read more of this 10-day adventure which starts off from Munich in Germany and brings you through Prague, Budapest, Salzburg, Vienna and back to Munich.

If you book a trip with Trafalgar before 28 February 2019, you enjoy a 10% early payment discount and a complimentary bottle of La Belle vie fragrance.

Previous « Destination Melbourne: Why You Should Stay at Novotel Melbourne on Collins
Next All Nippon Airways Introduces New Sake Selection for 2019 »