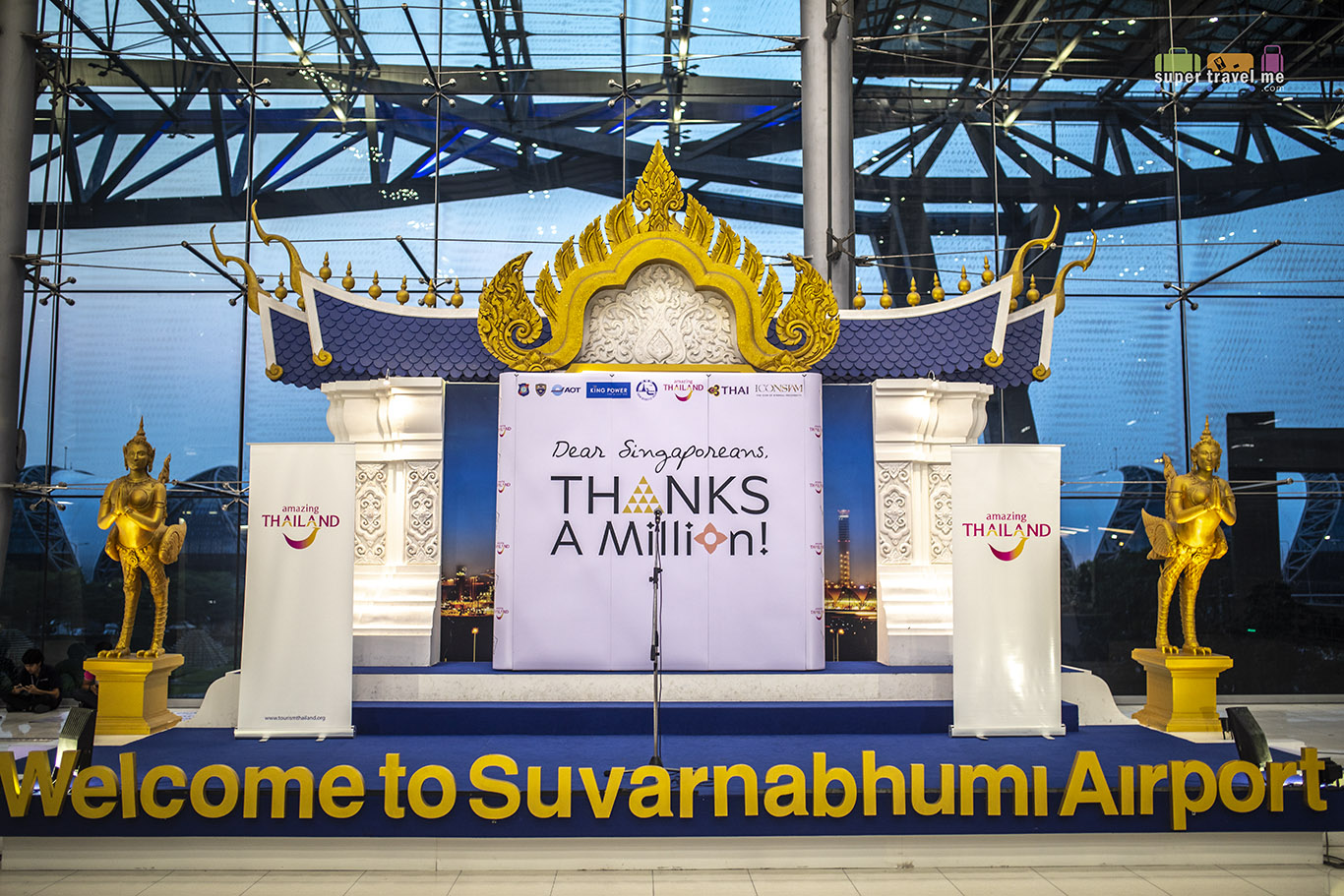 To welcome this year’s millionth Singaporean citizen, TAT launched the “Dear Singaporeans, Thanks A Million” campaign as part of the bigger marketing initiative ‘Open to the new Shades’.

Dressed in a “I Love SG” tee-shirt, Angela landed in Bangkok at 6.21 pm onboard Thai Airways flight TG414 a Boeing 777-300 aircraft with aircraft registration HS-TKC. The late arrival of the aircraft was due to late departure from Singapore Changi Airport due to bad weather. Mr Nivat Chantarachoti, Thai Airways Singapore Office General Manager was on board the flight with Angela.

Angela was escorted from the aircraft to a welcome ceremony at Bangkok Suvarnabhumi Airport landside where she was welcomed by H.E. Weerasak Kowsurat, Thailand’s Minister of Tourism and Sports and Mr. Chattan Kunjara Na Ayudhya, TAT Deputy Governor for International Marketing – Asia and the South Pacific, Mr. Kajorndet Apichartraku, the Director of TAT Singapore Office and other representatives from the public and private tourism related organisations.

TAT presented Angela with a five-day/four-night “Thanks a Million” tour package to Bangkok – Chiang Mai – Chiang Rai. The prize includes accommodation, transfers and guide for Angela and her companion.

We were among the 12 hosted media members and social media influencers from Singapore invited to witness this milestone and experience first-hand new attractions and dine at Saneh Jaan, a Michelin-Starred restaurant in Thailand.