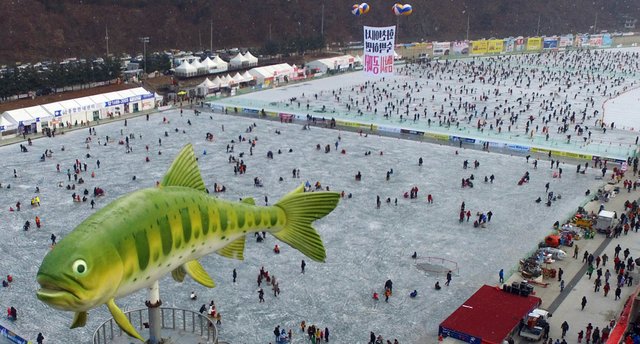 NARA Foundation’s annual ice fishing festival in the South Korean town of Hwacheon near the border with North Korea will be happening from 6 to 28 January 2018. The Hwacheon Sancheoneo Ice Festival is scheduled to run through 28 January 2018 on Hwacheon Stream in the mountainous town with a population of 27,000 of the same name which is 120km northeast of Seoul. Some one million people are expected to swarm to the town catch sancheoneo, a species of trout known to live only in high-quality fresh water.

Some visitors dressed in t-shirts and shorts jump into the icy water to catch the fish with their bare hands during the cold wave with temperatures of below -10 degrees Celsius. The 15th edition of the festival was first held in 2003. The festival joins the list of the world’s four most famous festivals alongside Japan’s Sapporo Snow Festival, China’s Harbin International Ice and Snow Sculpture Festival and Canada’s Quebec Winter Carnival. 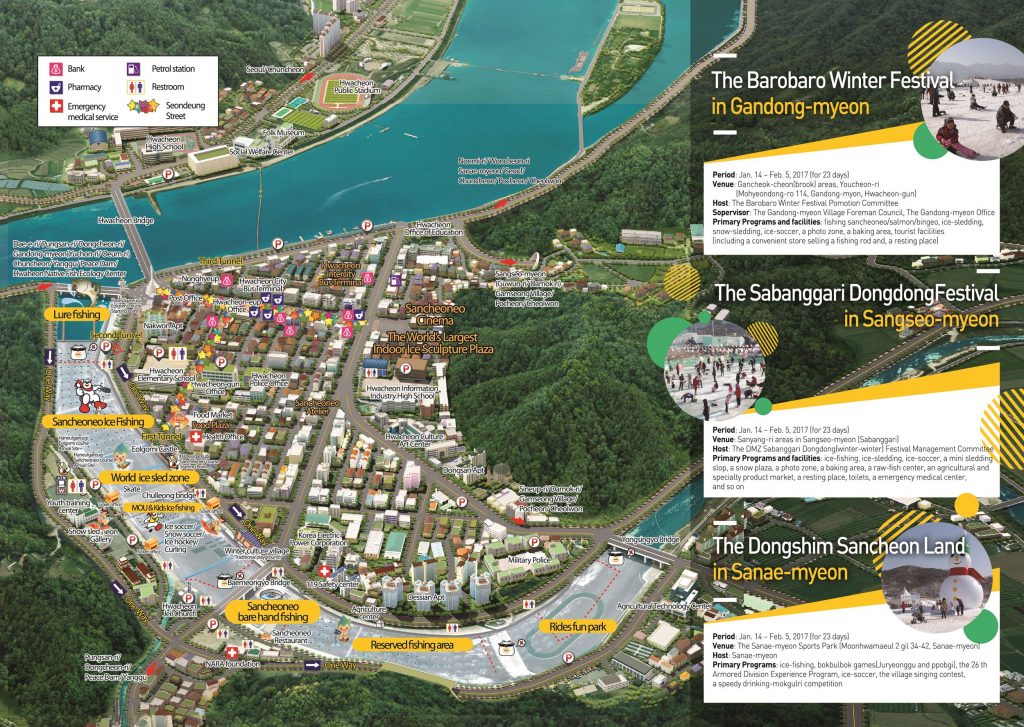 The sancheoneo festival will be 12 days before the 2018 Winter Olympics to be held 9 to 25 February in the nearby towns of PyeongChang, Gangneung and Jeongseon, all located in Gangwon Province.

A shuttle bus from Seoul to Hwacheon is available via gogogangwon.com.