Destination Düsseldorf – Altbier – The Beer You Must Try 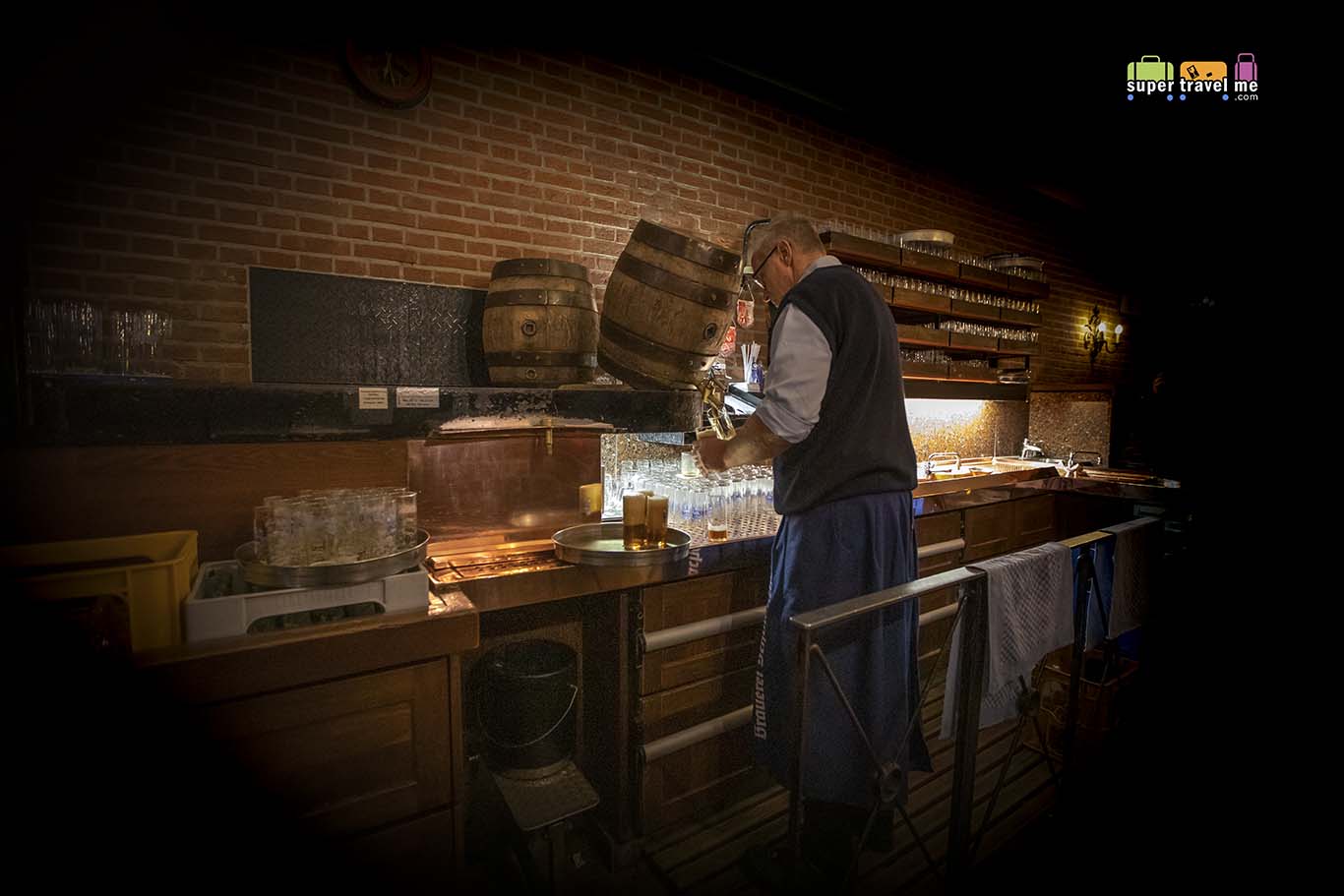 One of the many attractions of Düsseldorf located in the North Rhine-Westphalia region of Germany is Altbier (translates to Old Beer to differentiate since the introduction of lager in the 16th century in Bavaria) and the ‘longest bar in the world’. It doesn’t really matter which part of the year you visit Düsseldorf to enjoy Altbier.

Altbier is brewed in six breweries in Düsseldorf. This beer has been around for centuries and its style has evolved over almost a hundred years. The Altbier consumed by Germans today was developed in the 19th century. Altbier uses the old process of brewing beer via top fermentation yeast instead to the much newer bottom-fermentation process.

In Germany, you can drink beer when you are 16, though you have to be 18 to drink spirits. That’s two years earlier than the driving age. In Singapore, the drinking and driving age requirement is 18.

Do not think the ‘longest bar in the world’ is just one bar. It is an entire enclave of more than 260 hostelries, bars and restaurants in Alstadt, Düsseldorf’s old town. While Altbier is available from any bar, pub or supermarket, we would recommend a walk down Alstadt to drop into the pubs or bars here.

And if you are visiting Düsseldorf for the first time, go on one of the Altbier Safaris and get inducted into the city’s beer culture. During the tour, your guide will explain to you the history of Altbier. You will be visiting five bars where the beer is brewed for some beer tastings. Whether you are travelling alone or with friends, this tour will give you better insights as well as the opportunity to mingle with other travellers interested in the craft of Altbier.

Altbier has a clean yet robust and complex rich aroma of malt, noble hops and fruity esters. The hop aroma varies from moderate to very low and can also have peppery, floral or perfumy character. Its appearance is light amber, orange-bronze or deep copper colour. Altbier is a well balanced German ale that is bitter yet malty, clean and smooth.

We visited a few of them including Brauerie Kürzer (bar opened 2010), Füchschen, Schumacher Alt (oldest brewery). After the fourth glass of beer, I was already feeling overjoyed. Friends who know me well, know that I don’t like to waste food or drinks.

The Düsseldorfers would will argue that Altbier is the undisputed best beer to drink when you mention Kölsch from ‘rival’ city of Cologne. They are always disputing who has the better beer or even the football team.

The bars are crowded in the evenings. That atmosphere gives you a full experience be it standing outside on warmer days or enjoying the warm indoors during the colder seasons.

If you decide to visit the bar on your own, here’s how it works. You order your beer and you get your first glass on a coaster. You glass keeps getting topped up unless you cover your glass with a coaster. Every time your beer gets topped up, the server will add a tick to your coaster. At the end of it all, you pay for the number of ticks on the coaster.

One of the bars we visited was Füchshen. At Füchshen, 20 million glasses have been sold every year. This company started out in 1848 and has a darker brown colour because of its higher malt content.

How does Füchshen Make its Beer?

Crushed malt and water are slowly heated in the mash kettle and this converts the starch from the malt into usable sugars to produce a flavourful wort. Another kettle is used to separate the malted solids from the wort and its dissolved sugars. After filtration, the wort is sent to a boiler while the treber (malt solids) is trucked away to be fed to Westphalia cows while some of the treber is used to make bread that is served at the brewery. Hops are introduced at the boiler to determine the final flavour profile and intensity of the final brew. The coagulated proteins and trub are removed in the settling tank before the fermentation stage. The fermentation stage involves slowly cooking the hopped wort to around 16 degrees Celsius. The heat that is removed from the wort is transferred to the water used in the mash to maximise the efficiency of the next batch. A proprietary yeast species is added to promote the top fermentation and trigger the production of carbon dioxide and alcohol. The yeast found at the top of the open fermentation tanks are removed and reused for up to three or four more brews. After a temperature-controlled maturation period of two to four weeks, the complex flavours and aromas of the brew are formed and the remaining yeast is removed and the beer is bottled or served.