Places Around The World to Enjoy Beer 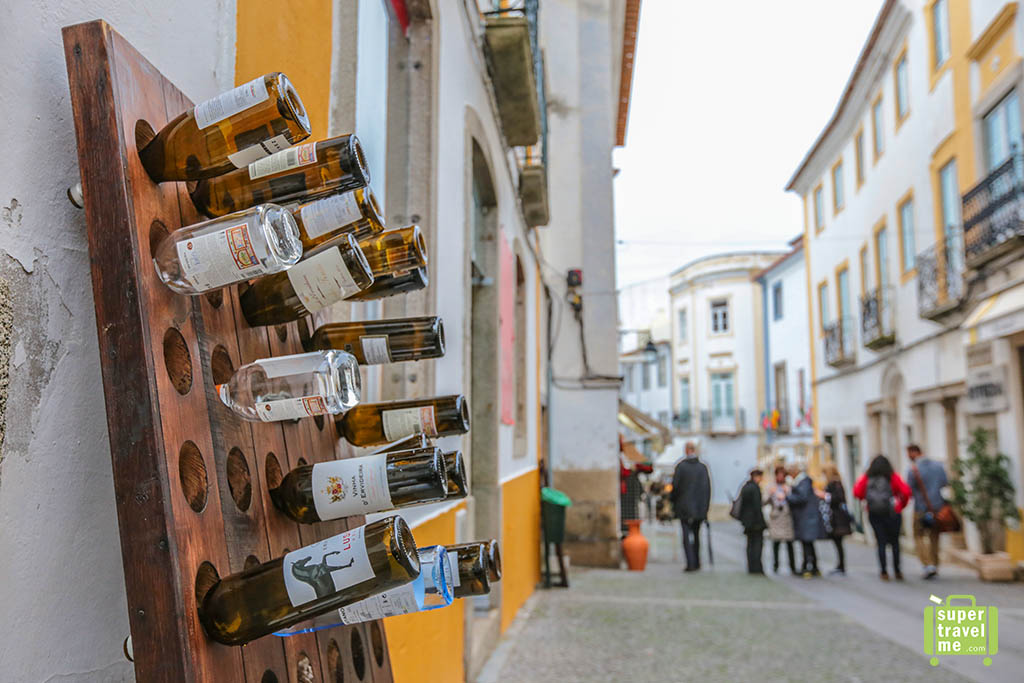 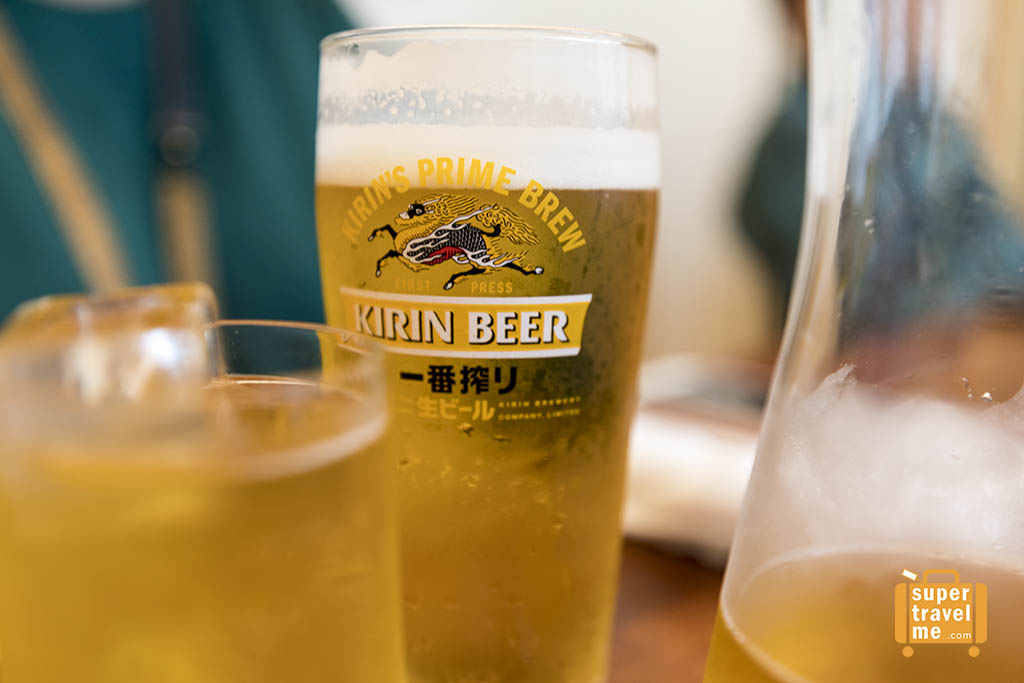 Along with a rush of excitement for impending adventure, travel brings with it a necessary need to sit back, relax, and have a beer. Imagine how a day filled with jaw-dropping architecture, awe-inducing art exhibits, and mouth-watering local cuisine can be perfectly capped off with a simple pint.

To that end, the beer-loving team at Busabout, the flexible travel experts, shares their list of the average cost of beers from cities around the globe that simply need to be visited (with Busabout, naturally!). When travelling on a budget, it can be tough to gauge how much money will need to be set aside for meals and subsequent enjoyment (read: alcohol). Most travellers find that the price of beer is a helpful financial reference when it comes to daily expenditures. Whether you’re hoping to spend your night raising glass after glass in celebration of a country well travelled, or slowly sipping one well-crafted beverage, we want to make sure you’re properly prepared.

No longer the forgotten sibling of Spain and France, Portugal is enjoying its moment in the sun-drenched spotlight. Explorers can wander the quaint cobblestone roads and pop into a number of bars like Dumas or Maria Caxuxa where beer is just as readily available as is the country’s famous port wine. If it’s specifically Portuguese craft beer you’re after, head to Cerveteca Lisboa where the 12 taps are changed daily.

As close as Spain and Portugal are, so too are their beer prices. But the sights? Those are all their own. It’s easy to see why Spain is the third most visited country in the world; in addition to Madrid being home to more than 100 museums and the Royal Palace, its cuisine is unmatched. Plaza Mayor, a gourmet tapas market, is the spot to hit no matter what you’re in the mood to treat yourself to, just make sure that when you order cerveza, you get Mahou, the capital’s favourite pilsner for those 37°C+ days.

The prices for most things in Paris can seem a little steep, but once you gauge it against where you are (only a global centre for art, food, and culture!) everything definitely adds up. Enjoying a beverage alongside world-famous cuisine while taking in the Eiffel Tower is an experience that will never be duplicated. A great way to save a little money (and keep a clear head for the next morning) is ordering “un demi” or half-pint of beer. Most Paris bars will oblige and it cuts the cost in half, too. 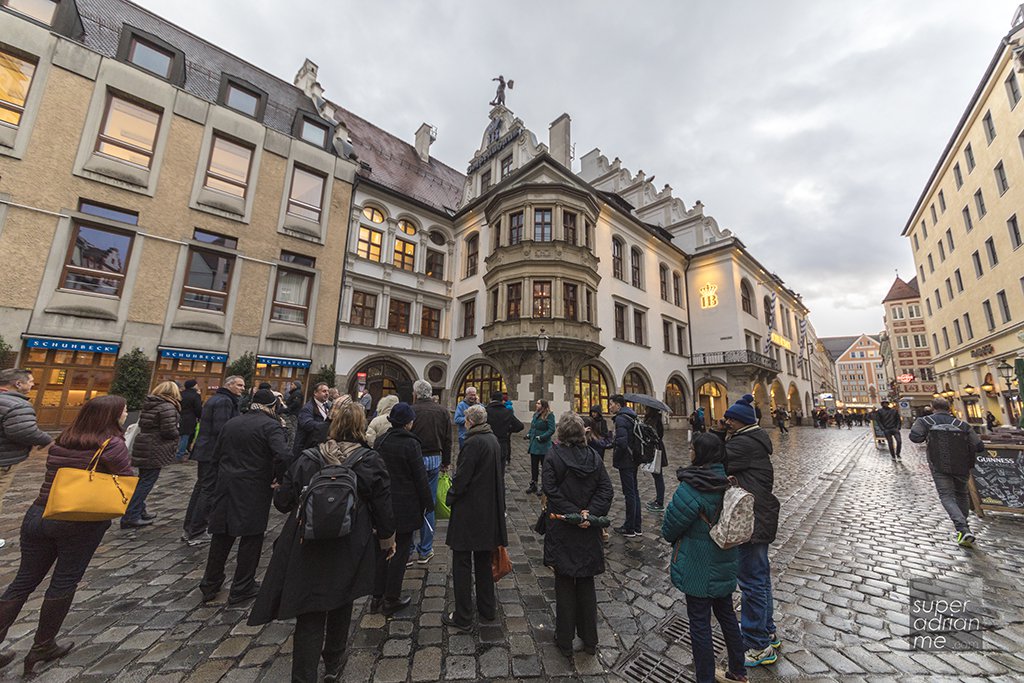 The home of the infamous Oktoberfest needs no introduction, only an explanation of what you’re getting yourself into. A trip into the city necessitates a full day of taking in gothic architecture then settling into an evening of people watching, beer in hand. If you decide to brave the city during its annual celebration (this year is the 184th Oktoberfest), prices jump to $16+ for a litre of beer.

It’s no secret that Miami is an expensive city to eat, drink, shop, and party in. The upside is that everything is worth it. From the colourful art deco hotels to the dancing girls from El Tucan, every experience in Miami is worth having, especially with a drink in hand. And the best part is that no matter if you’re on the white-sanded beach or in a pulsating underground club, those drinks are kept flowing. 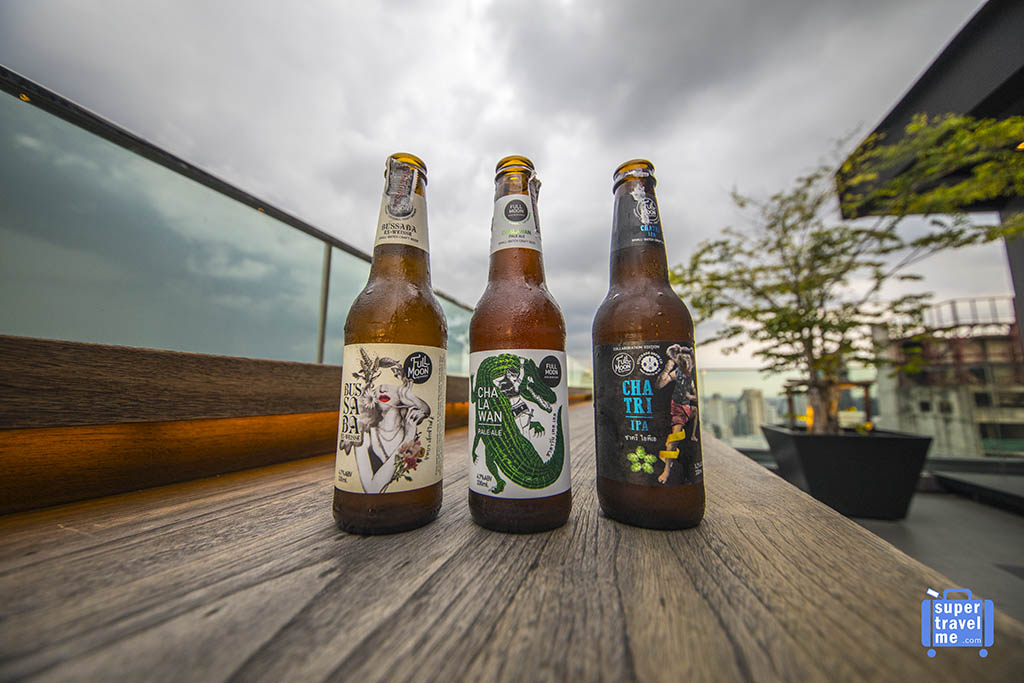 Well-known for its cheap meals, Bangkok prefers to show off its opulence through ornate shrines, temples, and palaces. But that doesn’t mean meals are a write-off, quite the opposite in fact. From the famed street food to their ubiquitous beer gardens, every street offers something to delight a traveller’s senses. Keep an eye out for places like Golden Coins Taproom where local Thai craft beers are sold.

A trip through Vietnam isn’t complete without a stop into one of their infamous ‘beer hoi’ bars. They’re not the strongest beers you’ll ever taste, but the experience is what you’re there for. Usually located in areas populated by backpackers, a visit to a beer hoi is essentially a chance socialize with fellow travelers and learn about the must-see stops in the city.

While many people know that the majority of Morocco’s population is Muslim, most travellers won’t realize how that might make grabbing a drink along the ancient streets of Marrakech a little harder than other destinations. Alcohol is available in hotel bars, but can be enjoyed in select bars around the city for a pretty penny.

Can you imagine visiting the motherland of pints and not grabbing one? You’d be judged even for the thought. Keep those prying eyes at bay by stopping into any one of the multitude of pubs along Temple Bar, an area that serves as a culture, artistic, and entertainment hub. Just in case you’re stuck on what to order, any bartender worth his salt will be able to point you in the right direction.

Despite being consistently rated as one of the cheapest places to buy beer, Krakow has a lot more to its name than just that. Well-known for its well-preserved medieval core, there couldn’t be a more perfect place to enjoy the city’s relatively new craft beer revolution. Enjoy the quiet, historic pubs while you can; Krakow hasn’t become overpopulated with tourists…yet. 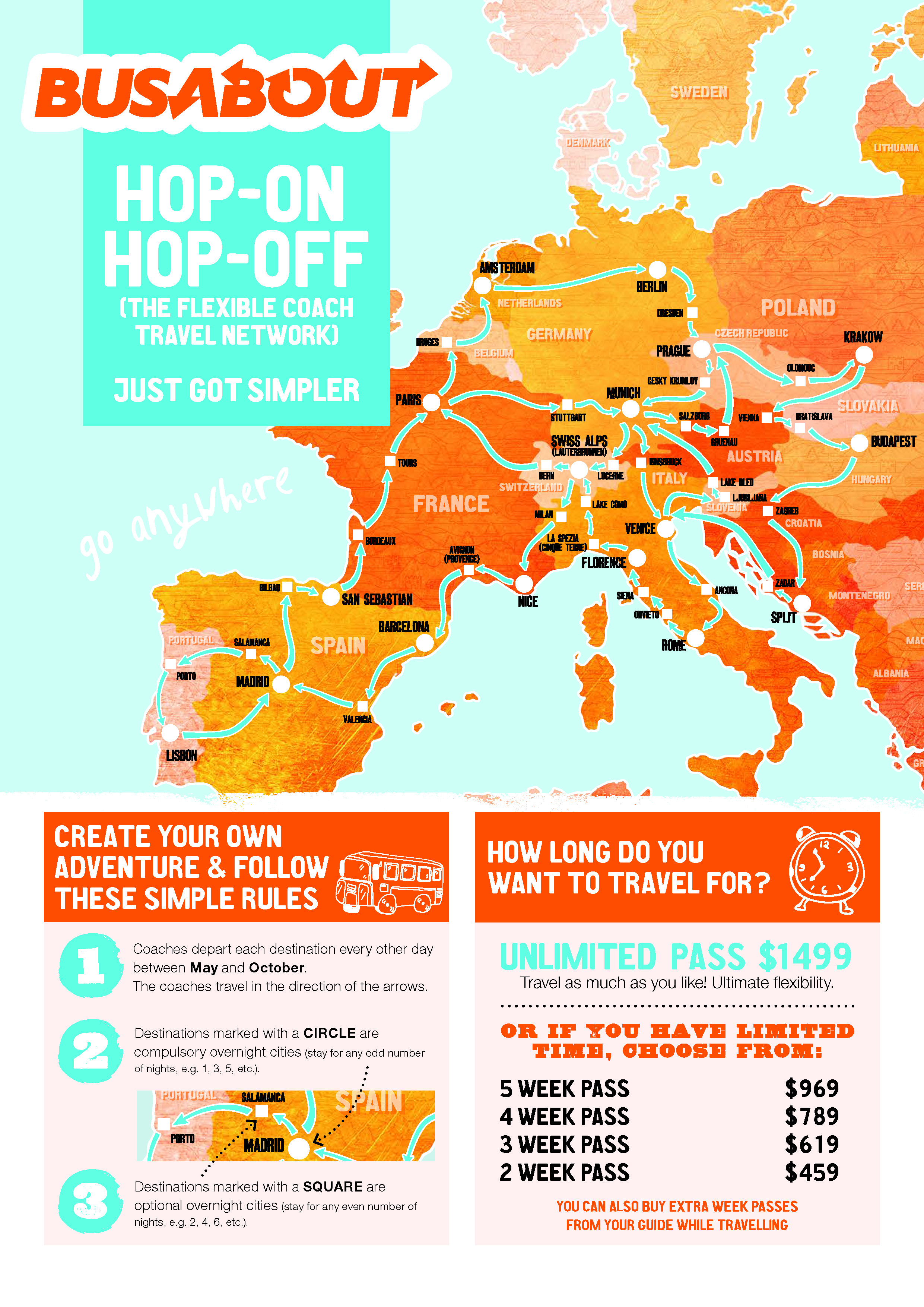 Busabout – Hop on, Hop off

Experience the flexibility of Europe your way. Enjoy added support of door-to-door service, freedom to create your own itinerary and a Busabout Guide and Driver. Busabout coaches link up 46 European destinations. A 2-week timed pass costs US$459 and lets travellers who know exactly how many destinations they want to visit hop on and hop off. 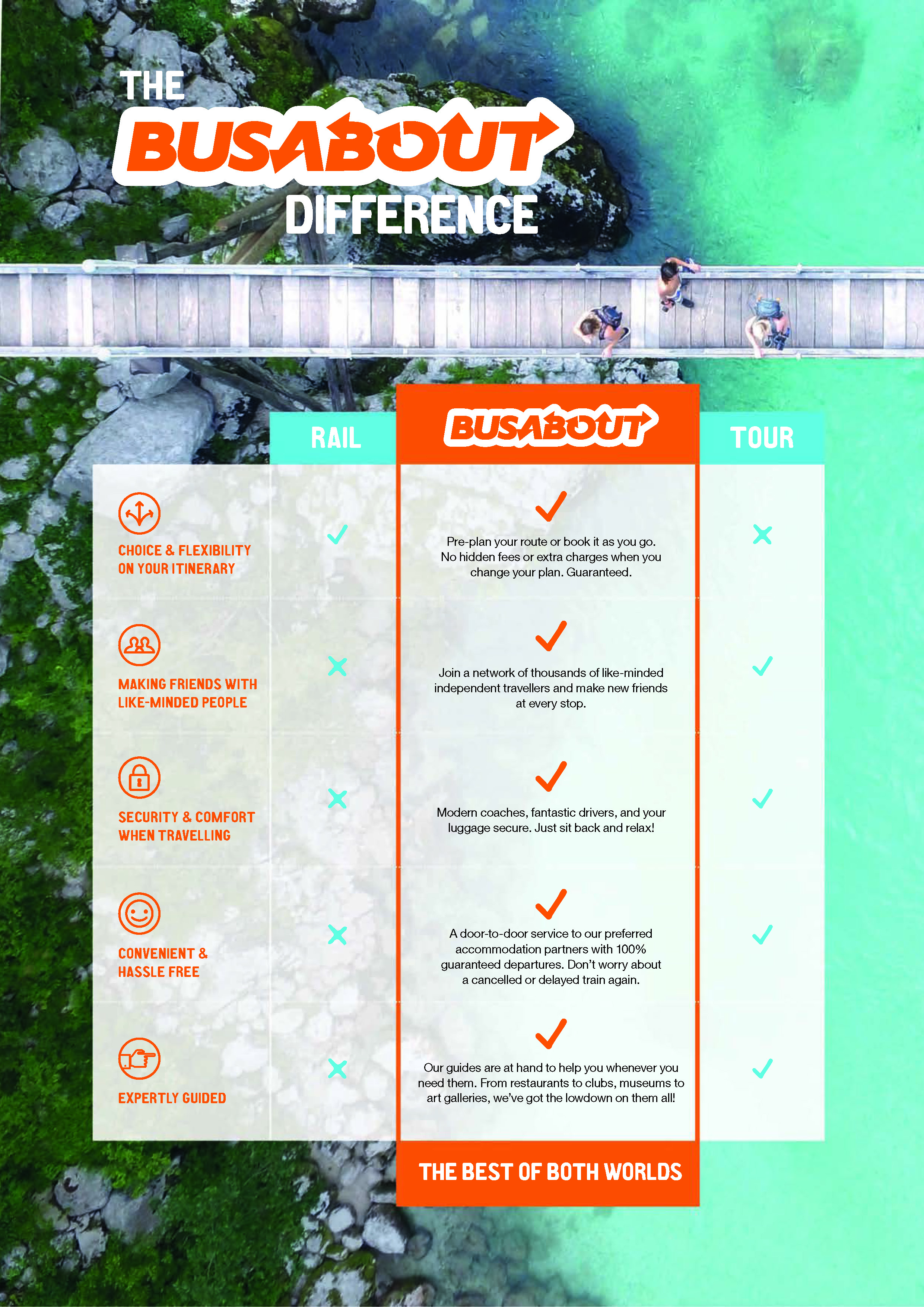 Busabout – Hop on, Hop off

Check out the Ultimate Winter Adventure from US$2,229 per person. This is the most extensive winter itinerary of the programme, allows travellers to visit Europe’s winter wonderland at its most magical on a 26-day exploration taking in the festive lights of France, Belgium, Netherlands, Germany, Czech Republic, Poland, Hungary, Austria, Italy & Switzerland. Included in the package are 25 nights’ accommodation, 25 breakfasts, orientation walks in Amsterdam, Bruges, Berlin, Prague, Krakow, Budapest, Salzburg and Munich as well as all coach transport.

Previous « Destination Yokohama : It’s All About the Food and KIRIN Beer
Next Why You Must Visit Uluru Australia. It Is Not Just Any Rock. »